Sara Lee, a WWE wrestler, passed away. She was 30.

Terri Lee, her mother, shared the tragic news on Facebook on Thursday.

Our Sara Weston has gone to be with Jesus, we wanted to share with you with heavy hearts,” she wrote. We are all in shock, and the plans are not finalized.

She went on, “We respectfully request that you allow our family to grieve. Everyone, especially [husband] Cory and her kids, needs prayer.”

Terri did not know the cause of Sara’s death.

According to the late athlete’s Instagram bio, she is the wife of Cory James Weston (ring name Westin Blake), the mother of three children, and a proud dog mom.

Sara earned a one-year contract with WWE and was an NXT wrestler after winning season 6 of the Tough Enough competition series. 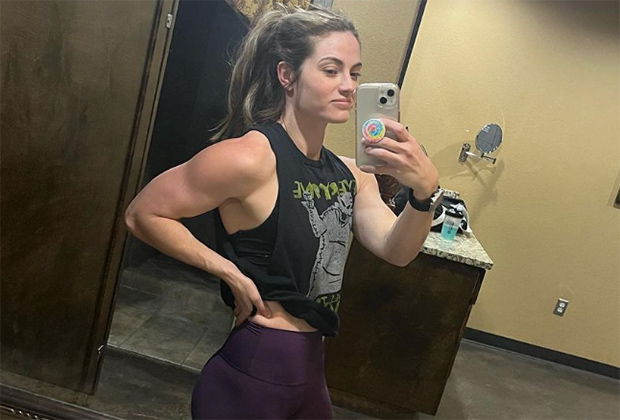 Sara’s final Instagram post was earlier this week when she posted a mirror selfie from inside a bathroom. She mentioned that she had been suffering from a sinus infection.

“Celebrating finally being healthy enough to go to the gym two days in a row after my first ever sinus infection kicked my butt,” she captioned the photo.

Read More: “Wonderboy” Keith Johnson’s Death: What Was The Cause of Death?

Bull James, another WWE wrestler, started a GoFundMe campaign to help Cory and their children.

“We are all shocked and saddened by the unexpected death of Tough Enough winner Sara Lee,” read the campaign, which has raised more than $50,000 of its $20,000 goal.

“As her loving husband, Cory picks up the pieces and continues to raise their three children, the last thing anyone in her situation wants to worry about is money and paying for a funeral and everything else that comes with it.”

James continued, “The wrestling community has always come together in the aftermath of tragedy, and this is no exception. Every penny raised will go directly to Cory and the children. Thank you in advance to everyone. Sara, you were one of the good ones, rest in peace. – Bull.”

Overlord Season 5: Release Date, Trailer, Everything: Or is…

Appinject: How to Download in Ios and It Is Liable or Not?

Expanse Season 7 Release Date: When Will The Tempestuous…

Hellbound Renewed for Season 2 Netflix Update: Who Are in…

What is Dove Cameron’s net worth? Did Thomas…