In the last couple of years, Adin has regularly posted content on YouTube and Instagram, among other places. He knows how to get lots of people to watch his videos. Read on to learn more about Adin Ross, from his childhood to how he became famous and successful as a Twitch streamer.

Do you know how much Adin Ross earned from these social live-streaming platforms? If you want to know, then follow this link. Adin Ross Net Worth & Salary: How Much He Earns Through Twitch Gaming?

Everything About Adin Ross

Adin’s complete name is Adin David Ross. He is well-known for streaming games like NBA 2K20 and GTA V on Twitch and other social media sites. He was born in Boca Raton, Florida, on October 11, 2000, to Jewish parents. Naomi is the name of the older sister he has. 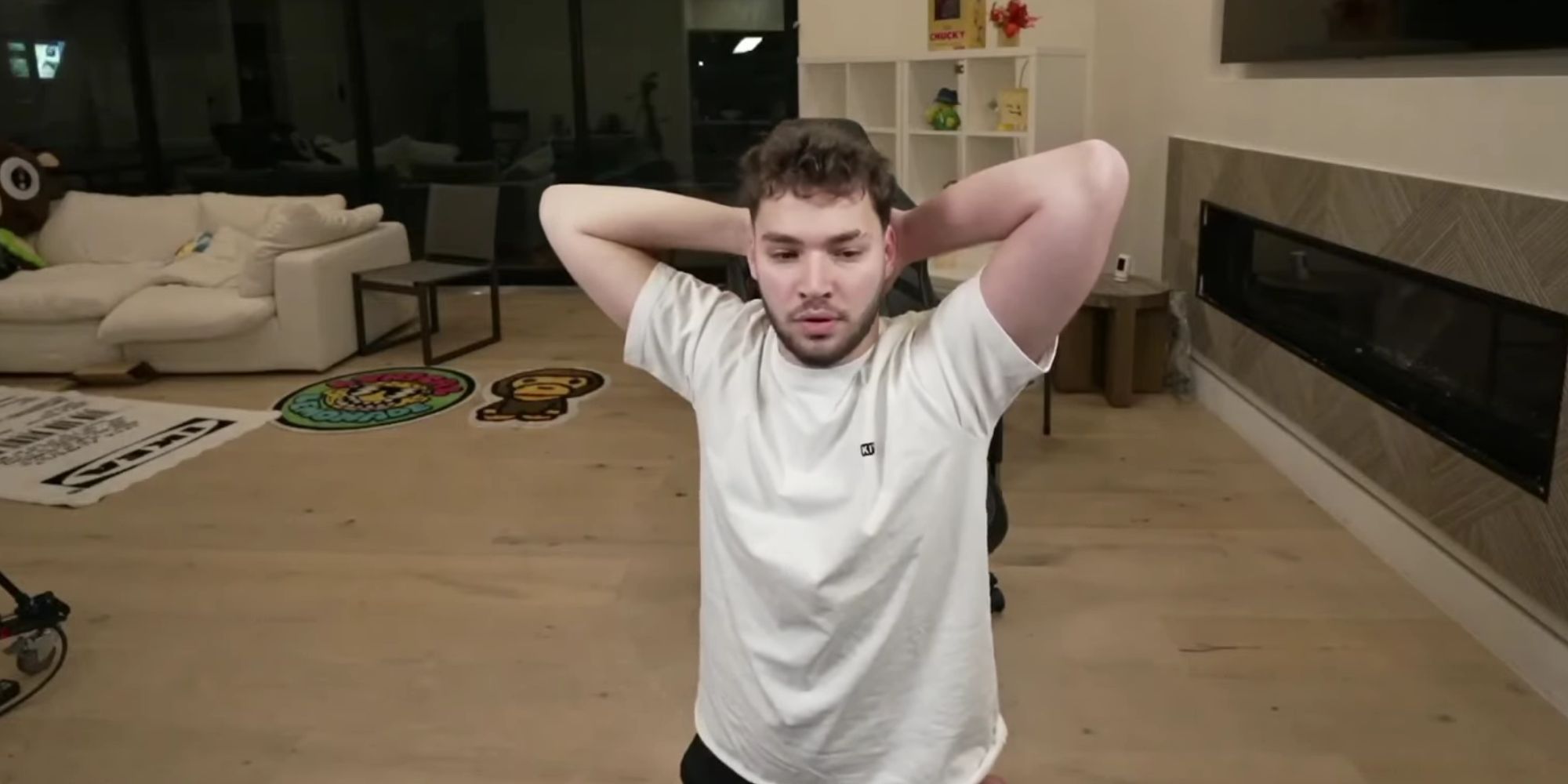 Ross moved to New York for a while, but he eventually chose to live in Three Rivers, California. When we talk about Adin’s education, we say that he went to Woodlake Union High School back in the day. From a young age on, he had a strong desire to stream.

Ross then told the media that he skipped his high school prom so he could stream on Twitch. During a No Jumper interview with Adam22, Adin said that when he was 12, a mentally ill relative stabbed him in his sleep.

Ross had to get nine stitches in his arm at that time. On the other hand, Ross’s relative who did the horrible thing went to jail before being sent to a mental hospital.

When did Adin Ross start to broadcast on Twitch?

Adin has become one of the most popular Twitch streamers over the past few years. While he was living with his sister Naomi, he began to stream regularly on Twitch. Then, he joined an NBA 2K group called Always Excelling, where he met Bronny James.

Ross became famous when he played NBA 2K20 with LeBron James’s son Bronny and played bet games with other streamers and YouTubers. In 2020, Adin was streaming with Bronny.

During their stream, LeBron stopped by, and Adin posted it to Twitter as well. Since then, he has kept getting more and more fans on Twitch.

By the end of the year 2020, Adin was tired of NBA 2K21 and started the hashtag #make2kfunagain. At that point, the hashtag spread like wildfire on social media, and it became the number one trending topic around the world. At about the same time, he had a great idea for setting up dates while he was playing.

In addition, since 2014 Adin Ross has been active on the video-sharing network YouTube. On his own YouTube channel, he publishes a wide variety of content, including lifestyle and comedy-related videos.

The prominent video producer has more than 3,1 million followers on his official YouTube channel as of this time. His films consist of entertaining challenges, pranks, and live streams.

Adin Ross has been regularly banned from Twitch in the past

Over the course of the past year, Adin was banned from Twitch. In a now-deleted post, he announced his suspension from the platform at the time. He also indicated that he was unaware of the primary cause of the prohibition.

In a now-deleted tweet, the 22-year-old content creator stated, “I have been permanently banned from Twitch. I am uncertain as to what I stated. I have no idea what I did. Did it transpire through stream or VOD? I have no idea, guy.”

Ross also included a note from the streaming site about his punishment. The notification cited “Use of Derogatory Terms” as the primary basis for his suspension. Use of offensive insults, hate symbols or hate group insignia without context or in a harmful manner.

Then, a large number of the streamer’s followers connected the entire scenario to an event that occurred on YourRAGE’s Twitch feed in early April.

Do you know Cam Casey? He is just 20 years old and making huge money through social media, and if you want to know the total net worth of Cam Casey, then go with this link Cam Casey Net Worth 2022: How He Earns $117.65 Million At Age of 20?

A fan said that Adin uttered a homophobic slur during an audio call broadcast on YourRAGE’s feed. Soon after, Rage cleared the air and revealed that it was not Adin on the phone, but a high school acquaintance. He began streaming again in June 2022.

Adin was just banned following a broadcast swat. His latest Twitch suspension was made public on November 10, 2022. When he was alerted that the SWAT squad had arrived at his residence, he then aired the incident.

Ross responded, “Bro, let this to occur. I can tell you right now that I’ve done this before. No sir, I’m not stopping the stream! Nope. Ensure everything is captured on camera. This is what you all desired, correct? I got you! Don’t fret over it.

Twitch stopped the content creator’s channel for precautionary reasons after police officers asked him to leave the room. The ban was in effect for a total of 27 minutes.

Adin’s Instagram page provides a snapshot of his life. His stream has a few photographs from his travels across the globe, as well as a number of photographs with his close friends and family.

Who is your current favorite Twitch streamer? Please indicate in the comments section below. Don’t forget to stay tuned for the newest information from the entertainment industry.

Sid Wilson Net Worth: How Much Money Does He Have?

Flight Attendant Season 3: Will There Be A Season 3 Of The…

IPL 2021 Auction: The Top 10 Most Expensive Purchases in…