The availability of Jaspirt Bumrah and Ravindra Jadeja has given India an edge amidst the absence of Virat Kohli and Rishab Pant. 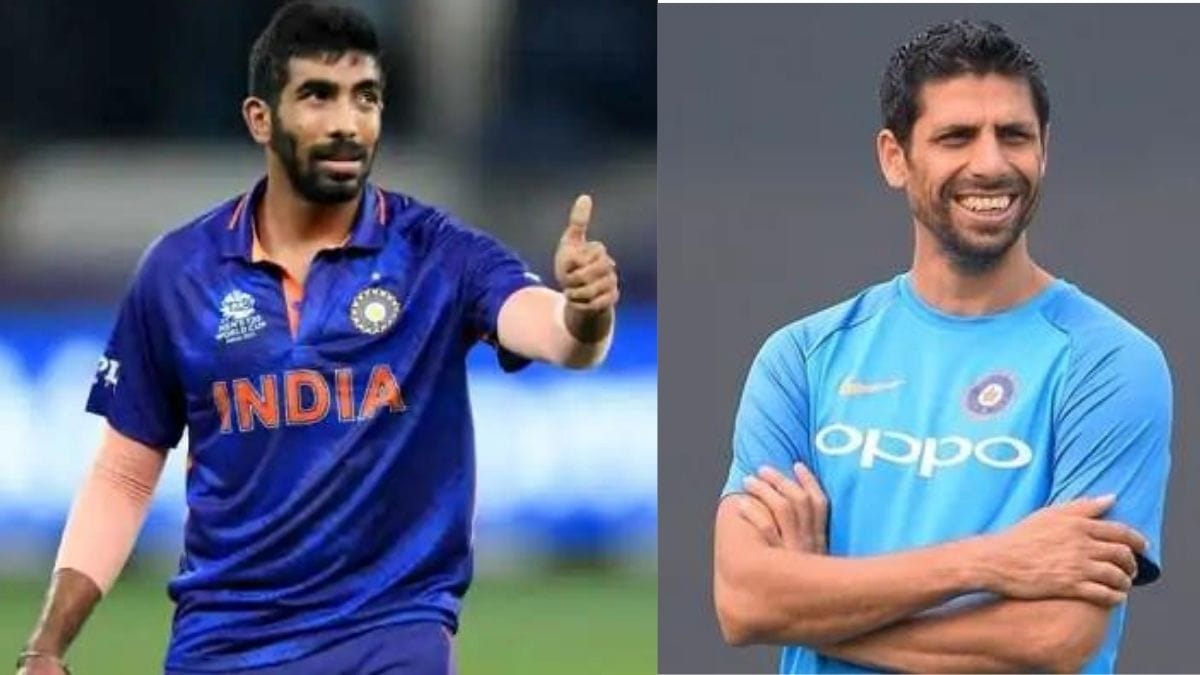 Jasprit Bumrah has been a continuous addition to the team ever since he made his debut in 2016. The Indian pace attack leader who is on the list of probable captains for the Indian men’s cricket team has been time and again rest to manage workload. After being rested post-South African tour, Jasprit Bumrah made a comeback to the side. However, this has triggered a reaction from Ashish Nehra.

Ashish Nehra, while expressing his displeasure over Bumrah’s selection, said, “I am very surprised that Bumrah is playing in this three T20Is. Every player wants to play, no doubt, but we have two Tests following the T20I series. There are more matches to come. We have more options and other players need game time, as well as confidence,” Nehra opined during an interaction on Cricbuzz.

Ashish Nehra opined on giving more chances to Mohammad Siraj, Avesh Khan, and Bhuvaneshwar Kumar. “We have talked about the likes of Bhuvneshwar Kumar. You can give more game time to Mohammed Siraj; Avesh Khan has also played just one match so far. The moment Bumrah comes back, one of these players will have to miss out. So I’m surprised he (Bumrah) is playing here,” he further added to his opinion.

Wriddhiman Saha: “The said journalist has neither got in touch with me nor has he apologised.”

BCCI: India on the verge to go past Pakistan in T20I format

In the third cricket match, the UAE sets a 177-run target for Nepal.

In Ginny and Georgia season 2, do Ginny and Marcus end…

Why Will the Netflix Original Series “Thieves of the…

The Ending of the New Minion Movie, “Rise of the…

Max Verstappen extends his contract with Red Bull till the…