Concentrate on the Process Rather Than the Results: Message From MS Dhoni To Bhutan’s Mikyo Dorji 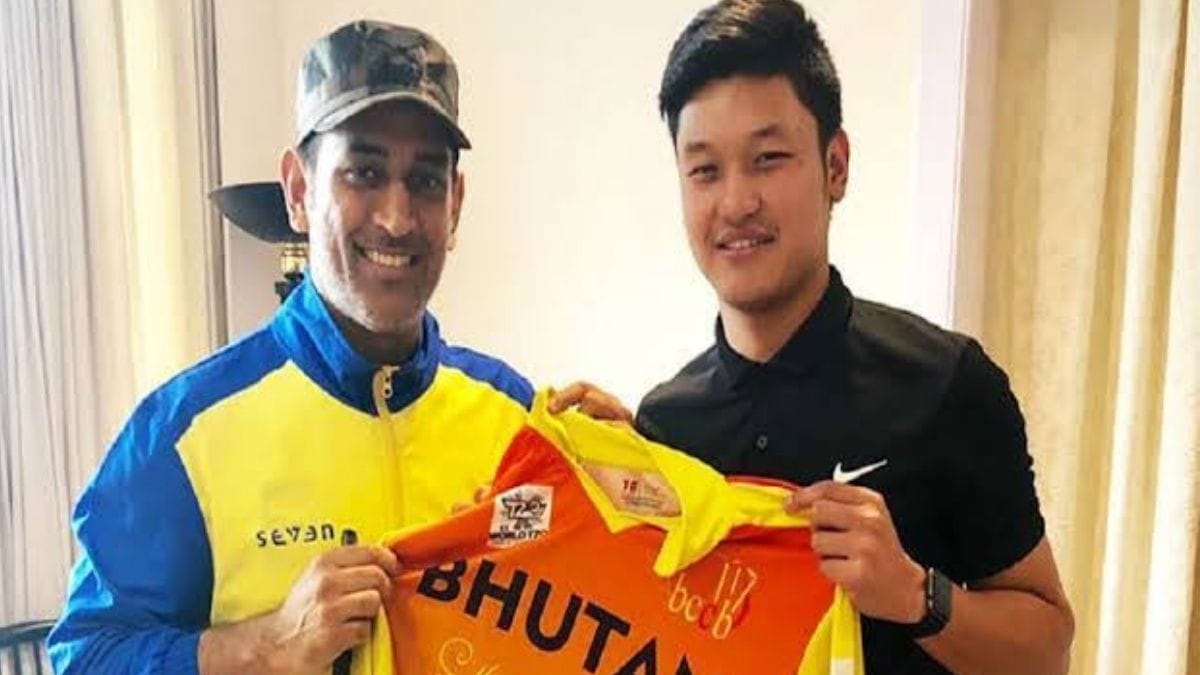 Instead of focusing on the end result, consider the process: Mikyo Dorji’s message from MS Dhoni, according to Dorji, urged him to focus on the process rather than the outcome and to enjoy life.

‘Stay as basic as possible. Instead of focusing on the end result, consider the process. If you follow the steps correctly, you will achieve the desired outcome. ‘Also, have fun; don’t put too much pressure on yourself.“This piece of wisdom has always been with me even since the great MS Dhoni imparted it to me,” Dorji captioned an Instagram post.

My name will be absent from the main list: Mikyo Dorji discusses his prospects of being selected in the IPL 2022 auction.

Dorji is the first player from Bhutan to register for the IPL 2022 Player Auction, which has 1214 players registered.

The 22-year-old Bhutan hitter is not hoping to be named to the auction’s main list, but he is pleased to see someone from his country register for the cash-rich competition.

“Playing in the IPL has always been a longtime dream of mine.”When my friends noticed that there was only one player from Bhutan on the auction list, they began phoning me.However, they are unaware (laughs) that this is only the first round and that the names would be shortlisted further.

“If I’m completely honest with myself, my name will not be on the main list when it’s lowered.” In any event, registration is a big deal in Bhutan,” Dorji told the New Indian Express.

Dorji was also the first player from his country to play in a foreign competition after joining Lalitpur Patriots in the Everest Premier League (EPL).

The IPL 2022 auction will take place on February 12 and 13 in Bengaluru, with 49 players having set their base price within the INR 2 crore category.

‘Playing against Yuvraj was always a problem’: Pietersen explains why he referred to IND’s star as a ‘pie-chucker’; ‘I felt upset’

It was painful to hear such an insult to my religion — they stated I had testicles on my head. Harbhajan Singh on ‘Monkeygate’ Scandal

Why did actor Julian McMahon leave the show “FBI: Most…

Wolf Hall Season 2 Release Date, Cast, Plot and Will There…