With most studios investing big in large-budget blockbusters and superhero pictures starring the biggest up-and-coming actors like Tom Holland or Florence Pugh, it’s difficult to imagine a film like Book Club is created.

And thank God it did! The film received widespread recognition not only for the performances of its experienced ensemble cast, but also grossed more than $100 million on a $14 million budget. Suddenly, the picture that appeared to have an impossible path to success had fans anticipating the inevitable sequel.

A year after the first film’s premiere, star Mary Steenburgen announced that a sequel was in the works. The new film will follow the same book club group as they venture outside of their comfort zone once more.

Focus Features will be responsible for the distribution of Book Club 2: The Next Chapter in the United States and the film’s release date is set for May 12, 2023.

Italy has a nice ring to it. 💍@Diane_Keaton, @Janefonda, Candice Bergen and @MarySteenburgen are back for amore in #BookClub: The Next Chapter, only in theaters Mother’s Day. pic.twitter.com/hkC2DqJuF0

How to Watch Book Club 2 Online?

There is no information on what streaming provider Book Club 2 — The Next Chapter will end up on, thus it will sadly not be accessible for streaming on the same day as its theatrical release.

However, because NBCUniversal owns Focus Features, it will probably be up on Peacock, the parent company’s streaming service, when it exits cinemas.

Cheers to friends who get better with age! Watch Book Club today on #BestFriendsDay: https://t.co/VsdNZwRUWT pic.twitter.com/txtVXgWnCl

Book Club 2 Plot: What Would We Expect From This Series?

The next film will pick up where the previous one left off. In the first film, an older women’s book club is flipped upside down when they begin reading the salacious bestseller Fifty Shades of Grey.

Vivian, the sexually liberated single lady who is more committed to her hotel business than any romantic relationship, eventually falls for her old flame Arthur. Diane, a recent widow seeking freedom from her overprotective daughters, pursues romance with a strange pilot and angrily resists her daughters’ intention to relocate her to Arizona. 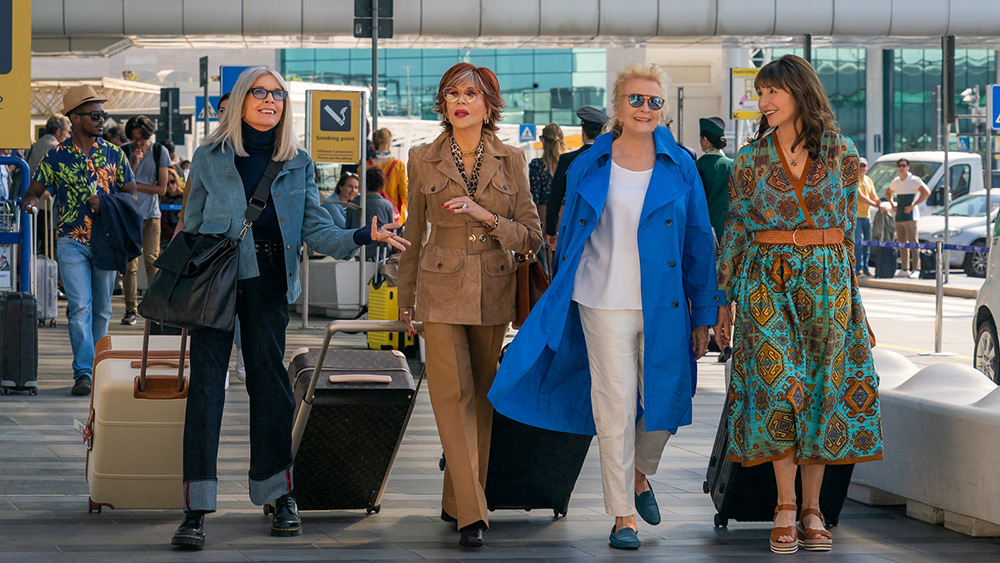 Despite her numerous doubts and anxieties, Sharon, the busy federal judge, decides to try online dating. Finally, Carole, the recent retiree, rekindles her marriage with some new Christian Grey suggestions and techniques.

The second instalment of this story follows our bookworms on a girls’ trip to Italy. When things go wrong and secrets are discovered, their relaxing vacation transforms into a wild journey across this gorgeous and charming country.

Who is the Cast Member of Book Club 2?

Thankfully, the original film’s award-winning cast has consented to return, along with some fresh faces. Diane Keaton reprises her role as Diane. Keaton rose to notoriety after playing in several Woody Allen films, including Play it Again, Sam, Sleeper, and Love & Death.

In between these ludicrous flicks, she demonstrated her serious abilities in The Godfather Parts I and II, as well as the true crime thriller Looking for Mr. Goodbar. She earned the Academy Award for Best Actress for her performance in Annie Hall, one of the most iconic performances of the 1970s, which redefined the romantic comedy genre. 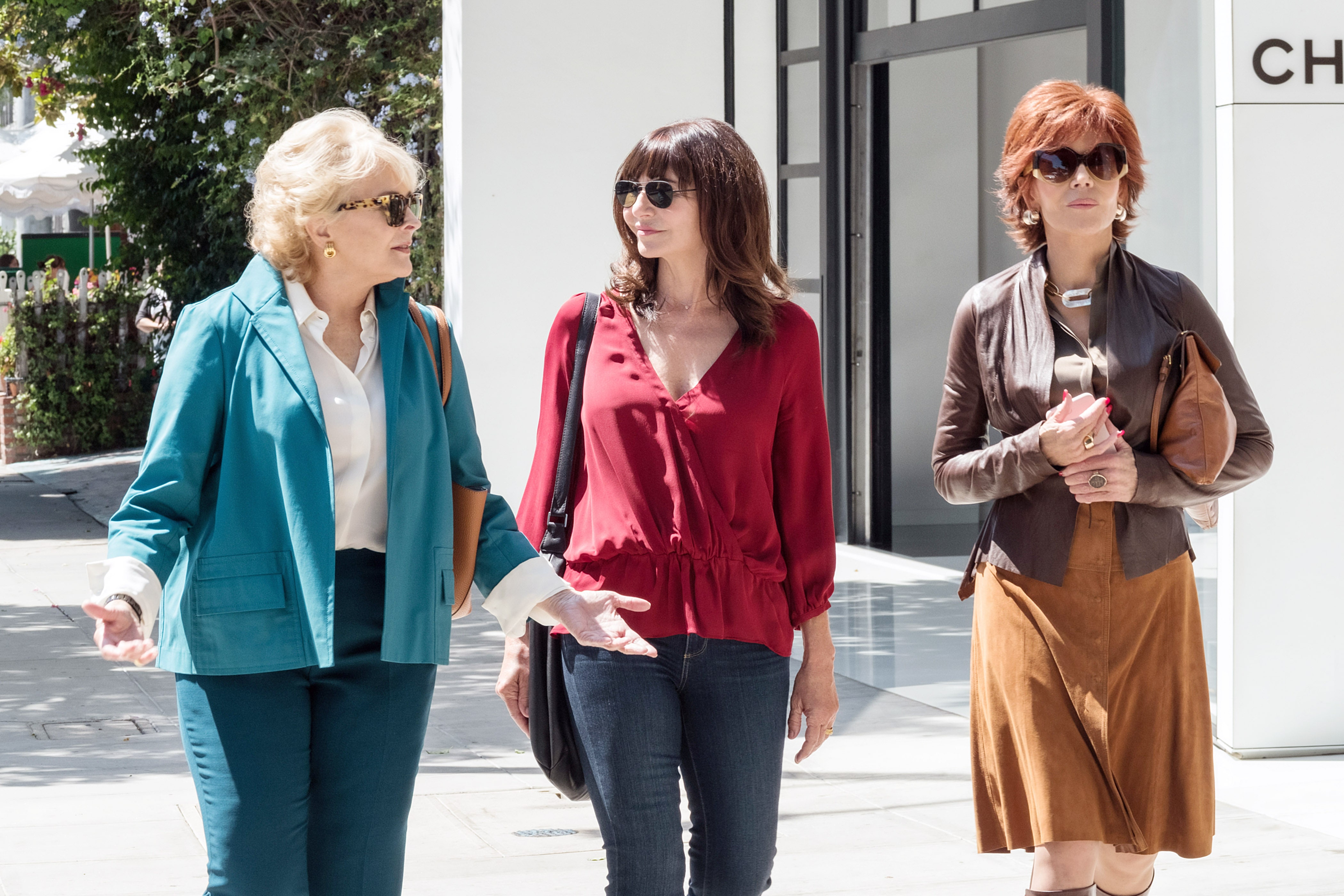 She has since received nominations for comedies such as Something’s Gotta Give and dramas such as Reds. Vivian is played by Jane Fonda.

She began her career as a romantic comedy star alongside performers such as Robert Redford, as the daughter of film legend Henry Fonda. She received her first Academy Award nomination for the Depression-era drama They Shoot Horses, Don’t They? and went on to win two more for Klute and Coming Home.

She returned to the screen in the 1990s with Monster-in-Law and has found a new audience with the Netflix series Grace & Frankie, in which she reunited with her 9 to 5 costar Lily Tomlin. Diane’s love interest is played by Andy Garcia.

Friend: we should cut back on wine.

He began his career in crime dramas such as The Untouchables and The Godfather Part III, but he has also excelled in comedies such as Father of the Bride. Don Johnson co-stars with Fonda as her long-lost love.

Johnson is well known for his portrayal of Miami Vice’s cool investigator James Crockett, as well as his more recent performances in Knives Out and Watchmen. Bruce, Carole’s loyal husband, is played by Craig T. Nelson. Nelson has received widespread acclaim for his work in television shows such as Coach and Parenthood.

He has also had critical and commercial success with films such as Poltergeist and The Incredibles. Giancarlo Giannini, who rose to prominence in Italian cinema in the 1970s for his work with director Lina Wertmuller on films such as The Great Beauty and Swept Away, joins the cast.

Giannini has also had international success with the James Bond blockbusters Casino Royale and Quantum of Solace.

Above, we talk about the movie’s release date, cast, where to watch it, and plot. Book Club 2: The Next Chapter in the United States and the film’s release date is set for May 12, 2023. Kindly read again if you missed some information about this show.

Is There Going to Be a Book Club 2?

Does Amazon Prime Have a Book Club?

Amazon Book Clubs is a terrific method to help bring your discussions to life, with its quick setup and modern features. All in one spot, you can easily organize book selections, receive notifications, and more. Oh, and it’s also free. Because reading and discussing books are open to everyone on Amazon.

Every few weeks, approximately 5 million Americans assemble (in person or digitally) to eat, mingle, and discuss popular texts. The majority of book clubs are small, with ten or fewer members. A weekly email devoted to works by and about people of color!

Why did Babyface Ray face an arrest? The rapper’s brand-new BMW breaks.

Extraordinary Attorney Woo Season 2: Is it Happening or…

Sreesanth to share an important message to his fans

Michael Buble Net Worth: Check Out His Quick Facts