What magic is this? The 2012 film Dark Shadows was an adaptation of the same-named gothic soap opera, which lasted from 1966 to 1971. (There was also a brief resurrection television series in 1991.)

Tim Burton was an ideal fit for the gothic tone of the plot. It was his eighth film with Johnny Depp, his seventh with Helena Bonham Carter, his fifth with Christopher Lee, and his second with former Catwoman Michelle Pfeiffer. Burton is unquestionably devoted to his closest companions.

Christopher Lee co-stars alongside Jonny Lee Miller in the film. Did you know that the English actor Bernard Lee is Jonny’s grandfather? In the 1974 film The Man With the Golden Gun, he portrayed M with Christopher Lee and Roger Moore.

Dark Shadows is a horror-comedy that centers on Johnny Depp’s character Barnabas Collins. In the late 1700s, he rejects Angelique Bouchard (Eva Green), who reveals herself to be a witch. She transforms him into a vampire before burying him alive.

In 1972, when he is finally released, he discovers that the world has drastically altered. Now, he must defend his progeny from a terrible curse. Angelique continues to lurk, ready to bring him further pain. Continue scrolling to learn where this horror-comedy-drama was shot:

Was the filming of Dark Shadows in Maine?

The story takes place in Maine, although the Pine Tree State is not seen on-screen. In actuality, the majority of the actors and crew were located in England, Scotland, and Canada.

Several sequences were recorded on the Isle of Mull, a charming and sparsely inhabited island in the Inner Hebrides archipelago to the west of the Scottish mainland.

The production took place in Whitby, Ontario, Canada. This is a significant township in Southern Ontario’s Durham Region. Specifically, they filmed at Trafalgar Castle Institution, a boarding school for females. Originally constructed in 1874, the school is located at 401 Reynolds Street. The remainder of this picture was shot in England (and in our imaginations).

Where Is The Dark Shadows Mansion Located?

Collinwood Manor, the residence of Barnabas Collins, was constructed from the ground up in the Bourne near Farnham, Surrey.

A 30-foot-tall miniature was made, which was only one-third the size of the actual set.) The home from the original series is located in Newport, Rhode Island, at Seaview Terrace, also known as The Carey Mansion.

Rick Heinrichs, the production designer for the film, created the structure to represent its maritime tradition. The proprietors of the oceanfront home have a background in fishing. Throughout the home, you’ve likely observed mermaids and fish that represent the ocean. Even the fabled deity Neptune exists.

This location is no stranger to Hollywood filmmakers and their equipment. Gladiator and Robin Hood, both directed by Ridley Scott and starring Russell Crowe, were filmed in a clearing located south of Dene Lane, off Tilford Road, southeast of Farnham.

As for the woodland, it was included in Steven Spielberg’s 2011 film War Horse. It also appears in the Chris Hemsworth and Natalie Portman film Thor: The Dark World.

The producers were unable to locate the ideal fishing village in Maine or the United Kingdom that would serve as Collinsport, so they constructed the whole town from scratch at Pinewood Studios. In reality, the majority of interior shots were captured at Pinewood.

What Is Pinewood Studios? 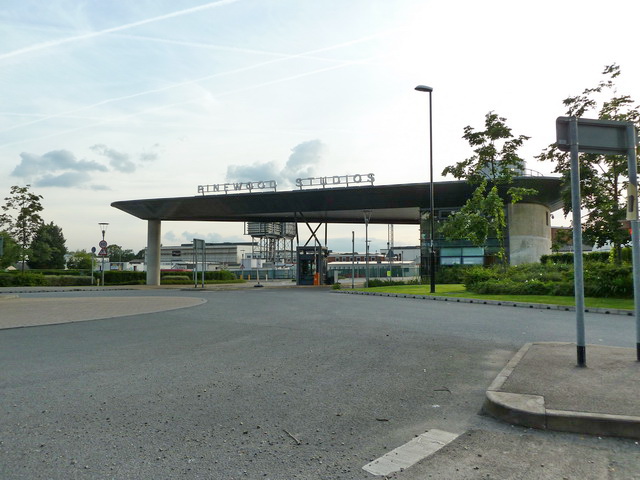 This is a place where countless films have been filmed over the last several decades. It is located on Pinewood Road in the Buckinghamshire neighborhood of Iver Heath, Slough.

Numerous projects, including James Bond flicks, The Dark Knight, and even the new Jurassic World: Dominion, have utilized this facility.

Where Were the ‘Dark Shadows’ Beach Scenes Filmed?

The rocky beach sequences were filmed on the south coast of Devon, around Start Point and Great Mattiscombe Sands, some nine miles south of Kingsbridge.

Where Was the ‘Dark Shadows’ Asylum Scene Filmed?

What about the asylum? This is where Dr. Julia Hoffman of Carter uses bedsheets to escape. It is not a true asylum. There is a golf course! Beckenham Place Park is located on Beckenham Hill Road in Lewisham. It is located in South London near Bromley.

Is Al Pacino Dating Anyone? The Celebrated Actor is Married or Not

Does the Shooter Have The Fourth Season? Is It Renewed or…

The New Employee Season 1 Episode 5 Release Date: What is…