Disney Strange World: Everything We Know So Far, Including the Release Date and the Trailer!

Strange World The release date of the film has already been announced by Disney Studios Motion Pictures; let us now learn more about it.

Another year and Walt Disney Animated Studios releases another film that everyone is excited to see. The release of Raya and the Last Dragon in 2021, which received numerous accolades from both critics and fans, marked a turning point for the entertainment powerhouse that is Disney.

The “House of Mouse” is now ready to embark on its next brand-new adventure with the appropriately named Strange World, produced by the same people who brought you the aquatic beauty of Moana, the cuddly superhero action of Big Hero 6, and many other contemporary Disney favorites.

Strange World, an American computer-animated science fiction action adventure film, will be released by Walt Disney Animation Studios and Walt Disney Pictures. Don Hall is the film’s director, and it is the studio’s 61st animated feature.

The script was written by Qui Nguyen, and the producer is Roy Conli. Disney is following tradition by withholding information on their upcoming potential masterpiece, but that doesn’t mean that this new adventure is completely unknown.

To get you ready for your journey to a strange new world, here’s a rundown of everything we know so far about Strange World.

Strange World will be released in the United States on November 23, 2022, According to Walt Disney Studios Motion Pictures.

Must Check: Fantastic Four Cast: Release Date and Everything About Marvel Movie!

Strange World’s main character is the appropriately named Searcher Clade, a member of the Clade family whose illustrious adventures elevate them to the status of history’s greatest explorers.

Searcher, on the other hand, appears to have no desire to follow in his family’s footsteps as an adventurer. Instead, he expresses a desire to live a quiet life as a farmer rather than the extremely loud, unpredictable, and potentially dangerous life of an adventurer. 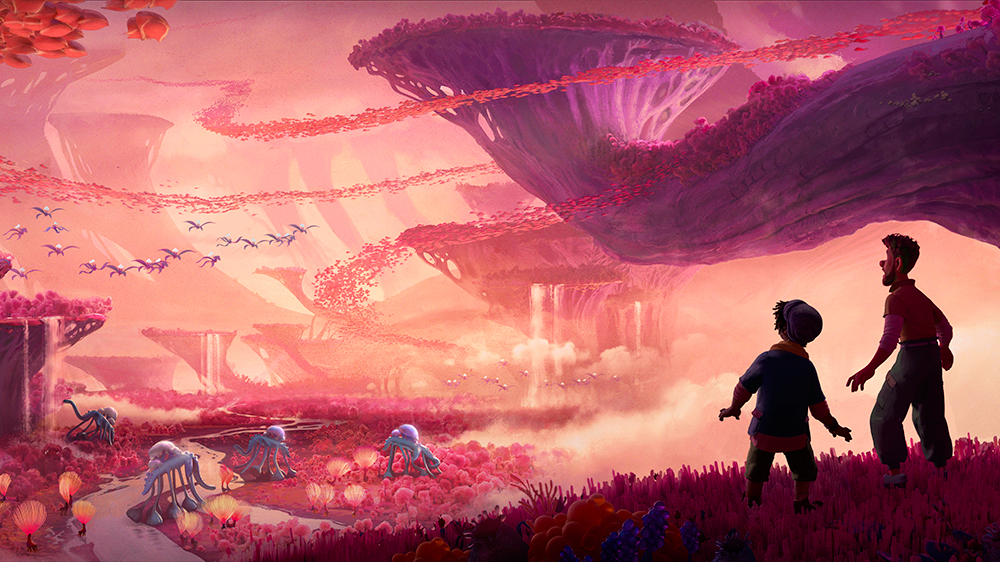 That could all change for Searcher if he and his family stumble upon a world that defies explanation and, by extension, the most fundamental known laws of nature.

When it comes to how each member of the Searcher family reacts to conflict and danger, they are diametrically opposed, but if they want to fully explore what this uncharted territory has to offer, they must put aside their petty family conflicts.

Is There a Trailer Available?

Yes, the trailer for the upcoming film “Strange World” is now available. The Strange World teaser, like the initial trailers for new animated Disney movies, chooses to advertise itself on its graphics rather than the story and what kind of images it has.

The technical prowess on display here is undeniably impressive, but the design and aesthetic style appear to be on another level.

Read More: Metamorphosis Anime: Is the Anime Getting Released or the Movie Adaptation Been Canceled?

Starting with the unusual color scheme and strange creature design, this is without a doubt one of Disney animation’s most visually distinctive projects in an extremely, extremely long time.

Although the trailer doesn’t reveal much about the plot, it does introduce the protagonist of Searcher Clade and his internal conflict. It also has a tone similar to the Jonny Quest series, but with a greater emphasis on classic adventure gameplay. The trailer is available here:

Where Can I Watch Strange World Movie?

So we can watch Strange World online on Disney Plus Hotstar. This Cartoon & Animation Motive is very appealing. You can also watch this film with your friends and family.

More About The Movie?

Veteran Disney director Don Hall will direct Strange World after bringing success to the Mouse House with films such as Big Hero 6, Moana, Raya, and the Last Dragon.

Even though Hall will not be writing this time, as he did with Raya, he will be collaborating with screenwriter Qui Nguyen, and Strange World will be Qui Nguyen’s second animated feature film. Roy Conli will be in charge of production.

Also Read: Percy Jackson Movie 3: When is the Third Instalment of the Movie Coming Out?

Henry Jackman, who wrote the music for Big Hero 6 and Wreck-it Ralph, has been tapped to write the score for Strange World, which will be released on September 5, 2022.

Godless Season 2 Release Date, Cast, Synopsis, and is It Renewed or Cancelled?

Caitlyn Jenner: Net Worth as She Runs for Governor of…

Who is Mayor Cantrell’s husband, and what is her…