Season 4 of Never Have I Ever is definitely happening, but we don’t know when the Netflix hit will return.

Devi is finally realizing that boys aren’t the be-all and end-all of life, which is fortunate given that her senior year of high school is just around the corner.

With the upcoming fourth season of Never Have I Ever set to conclude, Devi has a lot of life and love lessons to learn, and with things seemingly heating up with Ben, we have to wonder what’s next for her, her besties, and her family?

So, at the very least, you have us clear up any confusion as we all look forward to the future.

The release date for Never Have I Ever’s final season has not yet been announced, but based on previous seasons, we can expect it sometime in summer 2023.

Season one premiered in April 2020, with seasons two and three following in July and August, respectively.

As a result, we’d anticipate a similar timeline for season four. However, filming on the show has already begun, suggesting that the series will be released sooner than previously anticipated. We’ll keep you informed!

However, this is the final trip to Sherman Oaks High School, with Mindy Kaling and Netflix announcing that season four will be the last in March 2022.

Never Have I Ever just wouldn’t be the same without Maitreyi Ramakrishnan as Devi, so expect her back in business to navigate school, family, and boys with grace and decorum… or as much as she can muster.

But she wouldn’t be anywhere unless she had her best friends with her: Lee Rodriguez (Fabiola), Ramona Young (Eleanor), and Megan Suri (Aneesa). 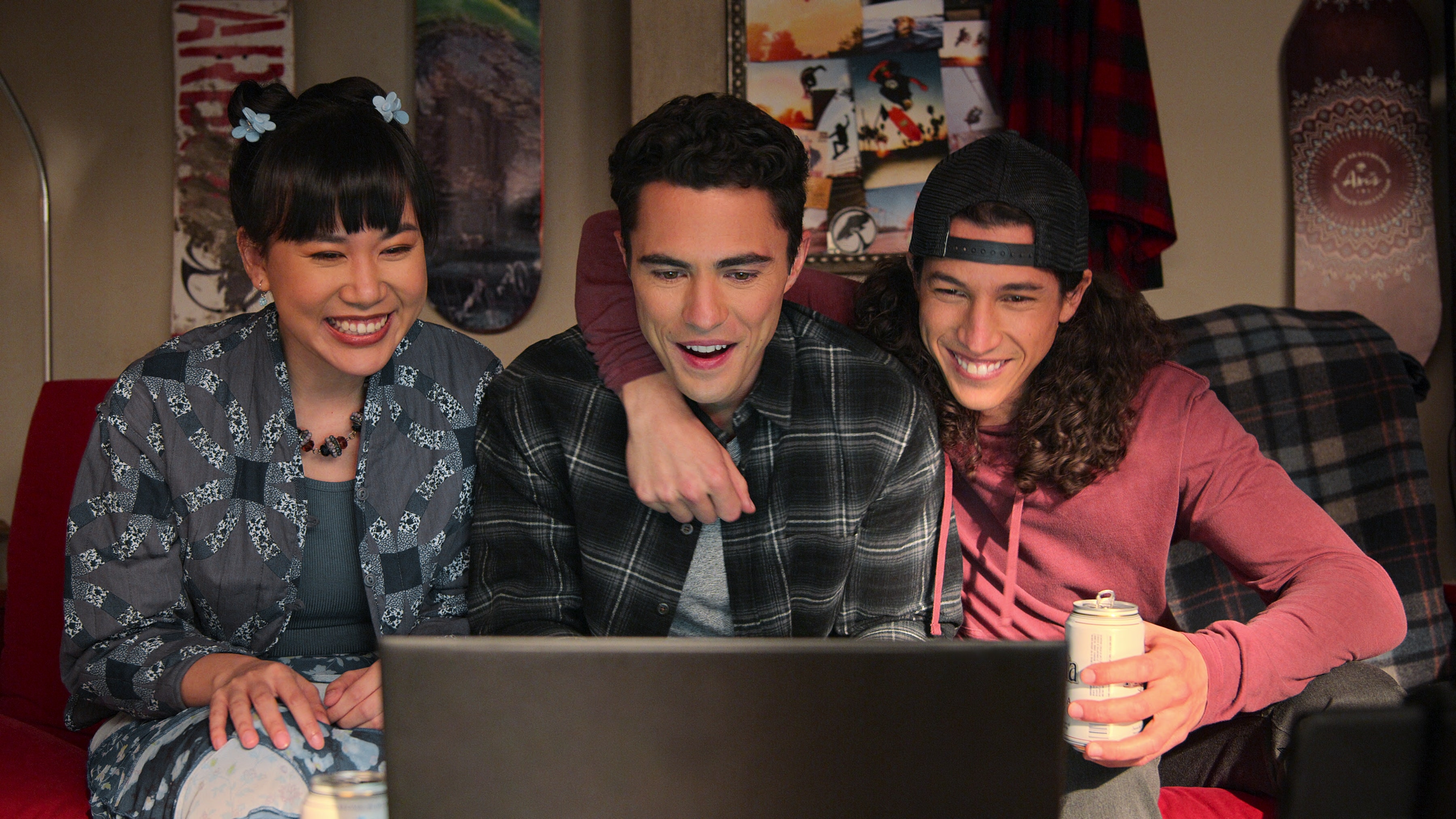 Then there are the boys in her life… because what else is more important right now?

Jaren Lewison (Ben) is almost certain to return given where we last saw him in season three, but while Darren Barnet (Paxton) has been the main event in Devi’s life, it appears his character will have a scaled-back role in the final season, with his character moving to Arizona to start college after graduating.

“I want you to know Paxton Hall-Yoshida is in Season 4,” showrunner Lang Fisher told Deadline. He’s as involved as he was in Season 3, so the love triangle isn’t over.”

Of course, Devi’s family – Poorna Jagannathan (Nalini), Ranjita Chakravarty (Nirmala), and Richa Moorjani (Kamala) – will be there to help Devi get through this life-changing school year as well.

With the introduction of The Good Wife and NCIS star Ivan Hernandez as a mystery man named Andres, it appears that Kamala and Devi aren’t the only ones being struck by the lovebug in the family.

“For Season 4, there’s a real hunk coming in,” showrunner Lang teased to Deadline. “Common’s character [Dr. Chris Jackson] first appeared in the story during Devi’s sophomore year (season 2), and no one was prepared for it.”

“Nalini admits she wasn’t prepared. Ivan’s character Andres appears during Devi’s senior year when everyone has had a little more time to process things and be in a different place.”

Niecy Nash (Dr. Ryan) will round out the cast as Devi’s therapist, and John McEnroe will be there as always to voice Devi’s inner monologue.

If we keep our fingers crossed, he might even make one more appearance.

Never Have I Ever ended on a bit of a cliffhanger when Devi showed up at Ben’s house to cash in that jokingly given her ‘one free boink’ voucher.

When he said he didn’t want her to leave for a year-long educational program away from California, she was pushed to make the decision.

Devi eventually decided to stay – not for him, but because she wasn’t ready to let go of her mother Nalini so easily after the death of her father. 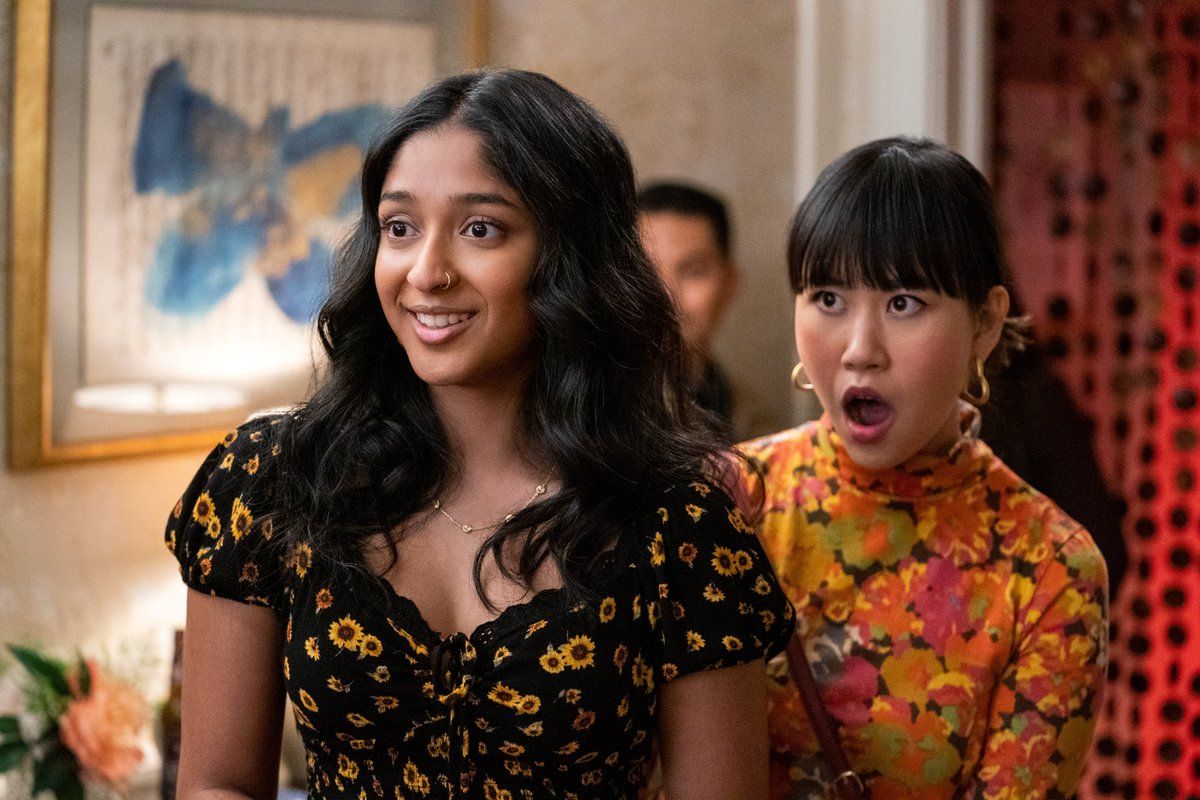 Meanwhile, Paxton is off to Arizona State University after graduating, but it’s unclear how he feels about Devi. Despite the fact that he explicitly credited her for his growth during a graduation speech, it appears that they have both made peace with moving on from each other.

However, first loves to die hard, and Lang hinted that Paxton might still be attempting to win Devi’s heart in the final season, saying, “The love triangle is the skeleton of the show, and you can’t take it away for the final season.”

“But we wanted this final episode [of season three] to be Devi on a pedestal saying goodbye to Paxton.” There will be fun and interesting things that happen in season four as a result of whatever happened [between Devi and Ben].”

Elsewhere, Nalini is still adjusting to life without Mohan, and after a possible relationship fizzled in season two and a supposed friendship imploded in season three, perhaps it’s time to see her stand on her own two feet.

Our girls’ senior year will be the main event, so there will be a lot to cram in to make it one to remember before they head off to college and possibly away from each other as their safety net.

We predict that by the end, it will be a tearjerker.

Is Season 4 of Never Have I Ever the Last One?

Sadly, Never Have I Ever’s fourth season will be its last.

Mindy Kaling admitted earlier this year that four seasons seemed to just make sense for a show about high schoolers, which effectively confirmed the show’s cancellation.

The head of Universal Television, Erin Underhill, concurred: “Four seasons of Never Have I Ever are truly thrilling and a little bittersweet because, as a devoted fan, I’d love Devi’s journey to continue forever. However, all great things must come to an end, just like in high school.

There’s just so much, Maitreyi Ramakrishnan says of the final season in her interview with Elle. These kids from Sherman Oaks experience so much. They never get a break.

Also Check: Sweet Tooth Season 2: What The Movie Is All About?

Ben Gross, one of Devi’s love interests, is portrayed by Jaren Lewison, who continues, “I think the writers approached this fourth season with such care and with such tenacious and meticulous planning that I think we all feel comforted by the fact that it was a perfect sendoff. The fourth season is fantastic.

Sorry about that, crickets! There is currently no sign of a trailer. But if you keep checking back, we’ll let you know as soon as we have more information.

Where to Watch Never Have I Ever Season 4?

Never Have I Ever is now available on Netflix.