In NBC’s New Amsterdam season five episode three, a terrible tragedy at a wedding leaves the staff scrambling to care for all the injured wedding guests. “Big Day” will premiere on October 4, 2022, at 10 p.m. ET/PT.

A wedding ceremony explosion brings a flood of injured partygoers into New Amsterdam. While Max and Dr. Wilder try to locate a rare blood type in order to save the groom, Reynolds and Bloom treat a couple with unusual injuries. Iggy discovers the truth about the wedding while assisting a little girl who has gone catatonic.

After a turbulent year in which New Amsterdam’s leadership changed dramatically, the idealistic and revered Max Goodwin has returned to the helm.

As Max reclaims command of New York City’s busiest public hospital, he must first face his own personal life, which was upended at the end of season four.

Max and the crew will go ahead with hope and a newfound commitment to their own lives, seeking more joy and deepening connections with those they care about.

Dr. Bloom will continue on her personal journey, which includes a tumultuous connection with her estranged sister, Vanessa. Dr. Frome will address the shambles that has become his marriage to Martin.

Dr. Reynolds will also continue to figure out his connection with his long-lost father, Horace, after a year of dramatic family changes.

New Amsterdam Season 6: IS the Show Returning for Season 6 or Getting Cancelled?

Floyd begins tonight’s New Amsterdam episode by meeting with his family and stating that there may be a reason why his father has acted the way he has in recent years, he believes he has Bipolar Disorder.

Lauren is cleaning the apartment, and her sister Vanessa is irritated when she sees it being cleaned. Lauren suggests that she stay there for a month, but her sister is opposed until Lauren offers to pay the rent.

Bodies are being brought into the ER from a wedding. Max arrives at the ER to assist the groom, who is suffering from an uncontrollable bleed. They need Lutheran B negative to save him, but they don’t have any. Elsewhere, at the wedding, a young girl named Lily is in a trance with no visible injuries, so Iggy goes to examine her.

During the wedding vows, there was an explosion, and all hell broke loose. Everything began screaming and fleeing. Floyd inquires about a man who appears to have a bullet hole in his back. He wasn’t shot, but he did get the heel of his wife’s shoe on his back.

Iggy is with Lilly, but she just stares into space and doesn’t say anything. He gets her to speak, but all she does is repeat what he says. Iggy rushes outside and informs her mother that she is terrified and must be admitted to the behavioral health ward.

They discovered blood for the groom, but it may not arrive in time. Instead, they fly to Bermuda to pick up the donor. It takes some ingenuity to obtain the donor’s address, but Elizabeth succeeds. Max and she are on their way. 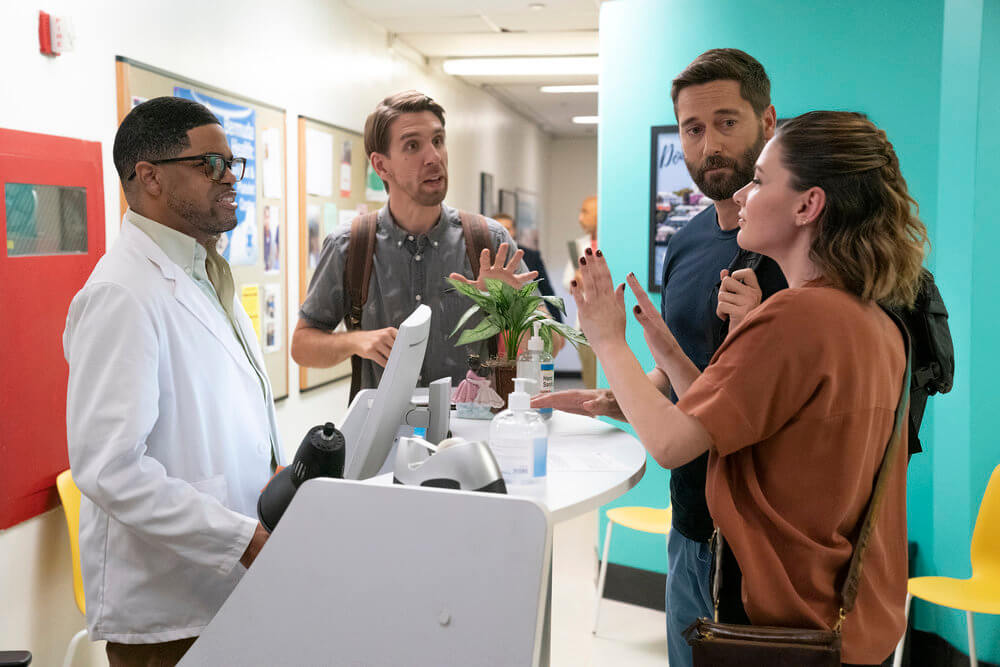 Iggy is with Lilly’s mother and informs her that she is taking medication to help her get out of her canonic state. She claims that once the fire was sparked at the wedding, things went insane. Lilly becomes distressed all of a sudden.

Max and Elizabeth travel to the donor’s house but are unable to elicit cooperation from them.

Iggy is awake and with Lilly. He attempts to replicate the wedding with dolls. Lilly inquires about Iggy, her husband, but she is only a child.

Max receives a phone call from the groom, the man they were traveling to save, who was preparing to marry the little girl at a child’s wedding. The donor arrives at the airport, eager to assist.

The crew is in a bad mood; they’ve handled killers before and it never felt like this. This was corroborated by all of the patients they treated at the wedding.

Also Read The Cuphead Show Season 3 Release Date, Cast, and Everything We Need to Know!

Iggy claims it was a smoke bomb planted by Lilly’s 15-year-old older brother in an attempt to save her. According to Iggy, there is no rule against this type of marriage, and no one will be punished for it. Lilly, that is.

Iggy pays a visit to the kids since he is grieving over Lilly. Lauren visits her sister’s apartment, where she apologises and expresses gratitude for her efforts to make amends.

Floyd visits his father and informs him that he may be bipolar and has been dealing with it for the majority of his life. He assures him that nothing he did was his fault.

He would like him to go to the hospital to be tested so that they can discuss treatment options. He refuses to do anything; all he wants is an apology from his mother because he claims what he did was not his fault.

When Max asks Elizabeth if they did the right thing, she assures him that their mission is to save lives, not to pass judgment. She tells him to return to Luna. He does, and he sleeps near her bed on the floor.

Is There A Trailer For Season 5 Of New Amsterdam?

Yes, there is! This season’s trailer has been officially released by NBC and can be watched below: