Steve Levitan, the creator of Modern Family, has a new Hulu comedy series called Reboot. By going behind the scenes on a remake, the show lightheartedly mocks Hollywood’s plethora of remakes.

In Reboot, several stars from the sitcom Step Right Up are reunited to do a remake of their old show. But this time, Hannah (Rachel Bloom), the show’s new showrunner, wants the show to address real issues. However, her vision is harmed when the old showrunner Gordon (Paul Reiser) enters the scene. Meanwhile, actors Reed (Keegan-Michael Key), Bree (Judy Greer), Clay (Johnny Knoxville), and Zack (Calum Worthy) must deal with their own difficulties. After all, how does one re-establish a family when they haven’t seen each other in 15 years?

If Steve Levitan’s new show has piqued your interest, you may be wondering when the next episode will be available.

Here’s everything you need to know about Reboot Season 1 Episode 4, including the date, time, and location.

Where Can I Watch Reboot?

Reboot is now available to watch on Hulu. This is a Hulu-exclusive original series, which means you’ll be able to watch it only on Hulu.

How Many Episodes Will There Be in Reboot Season 1?

Season 1 of Reboot will consist of 8 episodes. The show aired three episodes in its first week and now airs one episode per week. With that in mind, there are four episodes left after this one. Hannah Korman is a writer who has gained indie recognition for her edgy work. She meets with a Hulu executive to pitch a reboot of an old sitcom called “Step Right Up!” with the original cast.

The executive learns that the original sitcom is popular on the platform and is eager to hear what Hannah has in mind for her version. She claims that it will be more grounded in reality and will not solely focus on the comedy aspect.

A quick look at the former cast reveals that they are still available after taking different paths in their careers. Because Reed Sterling decided not to pursue a career in Hollywood, the original series was canceled. However, he did not fare well on the big stage.

Bree Marie Jensen worked briefly before marrying the Duke of Fjordstad, a small Nordic country. She hasn’t landed any roles since. Clay Barber has spent time in rehab and has had a mediocre stand-up career.

Finally, Zack Jackson has appeared in a slew of corny straight-to-video teen films. When the executive asks if reboots are still popular, the others reveal a long list of reboots that have seen varying degrees of success on the big screen.

Reed has lunch with his girlfriend Nora and discusses his desire to reboot. She mentions that he and Bree dated for three years and that sharing a set with her again would be difficult, but Reed assures her that it won’t be a problem.

When he arrives on the set in Los Angeles, he runs into Clay as the two catch up. A mature Zack appears, and Clay and Reed barely recognize him. Zack still appears to be a little immature in his demeanor.

Reed visits Bree’s trailer and discovers her struggling to remove her sweater, forcing her to undo her bra and assist her. He wanted to avoid the awkwardness of meeting for the first time on set in over 15 years but instead made it worse.

Hannah and the cast meet in Gordon’s room to discuss the show’s future. Gordon wants to turn it into a slapstick comedy with his out-of-date humor, but Hannah insists on doing it in her own image, and the cast agrees. 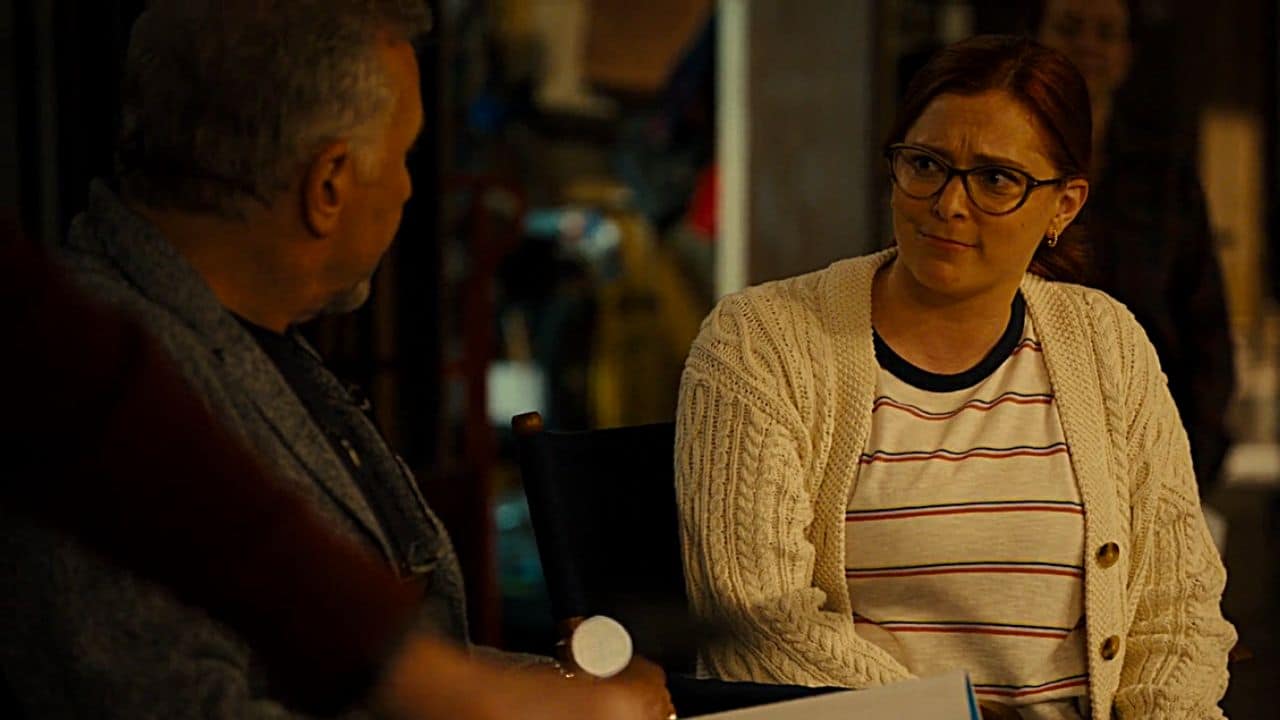 Elaine meets Reed and Bree at the first table read and explains how she rose from a simple analyst to vice-president of comedy at Hulu as a result of a series of company acquisitions. Zack’s mother is on set, and Clay remarks that it’s odd that his mother still follows him around everywhere.

Reed and Bree are immediately concerned when a young beautiful woman walks in, thinking she’s there to play Reed’s daughter, but Hannah assures them that she chose someone who looked like a real person.

Gordon, on the other hand, reveals that she is the new addition, and her name is Timberly Fox. Timberly, a reality television star, was chosen because she polled well among their target demographic. Hannah is irritated by this development because she lacks acting ability.

She confronts Gordon about the change and some silly scenes he added, and he tells her that he has no control over the casting but that his rewrites will be hilarious.

Susan, Zack’s mother, makes things awkward for him on set, and Clay tells him to cut her off, but he’s too afraid to speak to her. He requests that Clay speaks with her instead, and he agrees.

Hannah is approached about a scene in which popcorn shoots out of a dryer, which Gordon suggested, but she cuts it. Timberly’s first rehearsal is a disaster, and Reed cannot bear working with her.

Reed arrives at their office, and Gordon informs Hannah that the actors must be treated as if they were children. They simply require a suitable distraction to keep them occupied and distracted from their complaints.

Zack learns about Clay and his mother and confronts him about it. He tells Clay that he loves his mother and that she doesn’t like it when someone casually sleeps with her and then abruptly ends things.

Hannah is in the writer’s room, along with Azmina, Janae, and Benny. They’re a diverse group of talented up-and-coming writers, and Gordon has a hard time winning them over with his brand of humor.

Reed and Bree talk about an upcoming love scene in the script, and Reed wants to make sure Bree is okay with doing it, especially since she is going through a divorce and has been quite lonely lately. Bree claims that she will have no problems.

She goes to Lana in the costume department and asks why a bunch of Spanx was dropped off at her trailer, and she’s told it’s just a result of getting older. Timberly overhears the conversation and suggests they go out so Bree can have fun and get laid again.

Gordon proposes a gag involving a hot, clumsy delivery boy tripping over a large box, and Hannah tells him that in the real world, people do not trip exactly when you need them to.

Reed gets an erection while rehearsing the love scene with Bree. This makes Bree laugh, and when Clay realizes it, he tells everyone else in the room, and the director, Jerry, tells them to take a five-minute break.

Gordon returns with a couple of writers from his generation, Alan, Bob, and Selma, to share some of his ideas and gain their support. Hannah tries to convince Gordon that television has changed since they first collaborated on something, and those writers will be out of touch.

Jerry informs Reed and Bree that the incident with his erection caused a problem with HR and that certain procedures must be followed. Reed is embarrassed, but Bree finds it hilarious.

Zack learns about Reed’s HR situation and attempts to fabricate an issue that will force him to end his relationship with Susan. Zack is dismayed to learn of this.

The two groups of writers are unable to communicate or agree on anything. While all of the younger suggestions fly over the older writers’ heads, the older suggestions come across as corny and, in some cases, downright offensive.

Check Also: When is Enola Holmes 2 Coming to Netflix and Who Come Back in Cast List?

Dude Perfect Net Worth, About, Earning, Channel Earnings and Earning by endeavors

Meghan Trainor says she and her husband Daryl Sabara still use toilets next to each other: “We hold hands.”