Are you ready to fall head over heels for Bob Hearts Abishola Season 4? If you answered yes, we have good news for you; let’s find out.

The first season was published in 2019, followed by the second in 2020 and the third in 2021. All of these seasons received a significant number of views and positive feedback.

Since season 3 was released some time ago, you’re probably looking forward to the fourth season of this drama sitcom. Don’t be concerned. We have learned the release date for Season 4 and will inform you! So, are you ready?

After months of suspense, the network has now revealed that Bob Hearts Abishola Season 4 will premiere on CBS and Paramount+ on September 19, 2022, Mondays from 8:30-9:00 PM.

The series’ official Twitter account verified the announcement as well, tweeting the official release in a post that said, “Here’s some news you Celebrate #BobHeartsAbishola is back for season four on September 19 on @CBS and @paramountplus!” Check out the official post below:

Here’s some news to ❤️ — #BobHeartsAbishola is back for season four on September 19 on @CBS and @paramountplus! pic.twitter.com/nUmP0kxy64

Why Did CBS Renew Bob Hearts Abishola for Season 4?

“CBS has secured its top four comedy series — which also happen to be the four most-watched comedy series on broadcast TV — for next season: #1 Young Sheldon, #2 Ghosts, #3 The Neighborhood, and #4 Bob Abishola,” according to Deadline.

Fans of Bob Hearts Abishola have praised the way the show’s makers have handled the character and storyline. So, it’s no surprise that the series has been renewed for a fourth season following such a positive response.

“We’re thrilled to bring back four of television’s most-watched comedies for next season, and I’m proud of the incredible team that keeps CBS as the clear leader in comedy,” said Kelly Kahl, President of CBS Entertainment.

“And on Mondays, thanks to these exceptionally talented actors and outstanding creative teams, the perfect pairing of The Neighborhood and Bob Abishola continues to deftly blend belly laughs with relatable and culturally relevant storylines.

” In its third season, Bob Abishola is averaging 6.6 million viewers. The shows anchor CBS’ Monday comeback to No. 1 and are the network’s top two comedies among Black viewers. 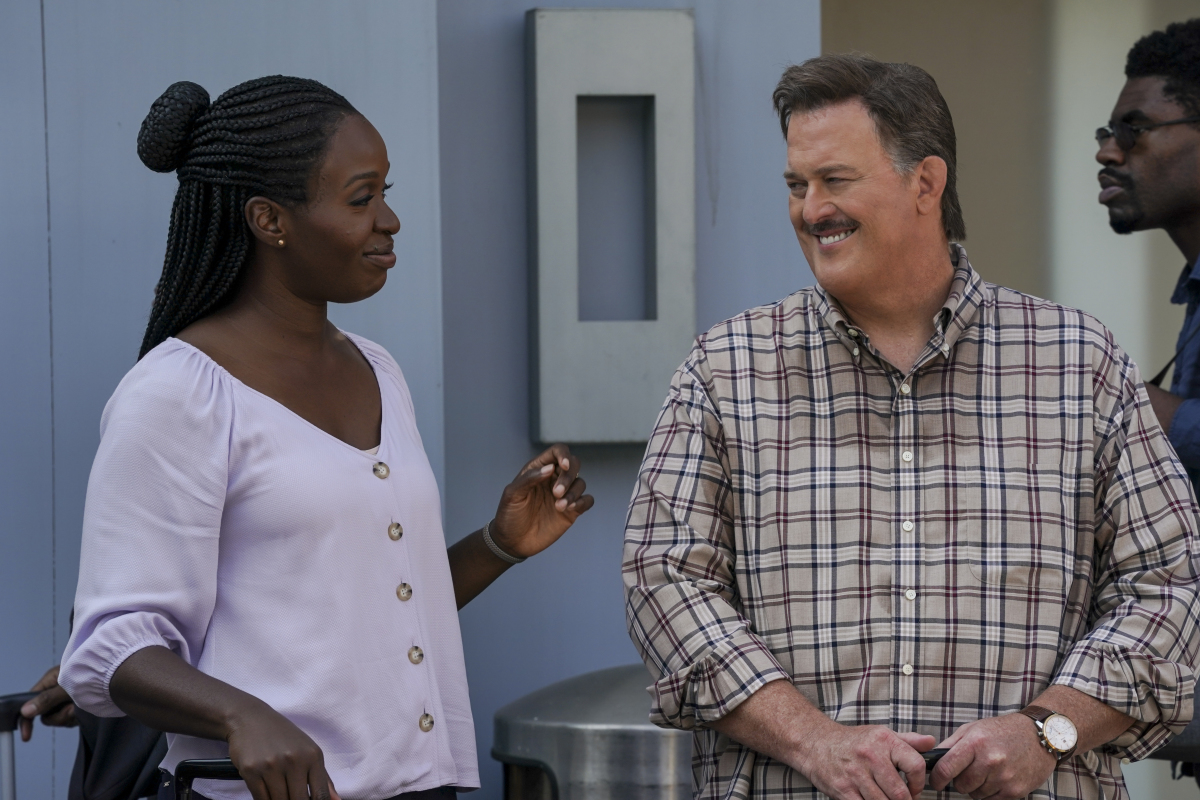 The upcoming season is anticipated to pick up from the third season’s conclusion episode, Beard In Her Pulpit, which was released on May 23, 2022. Beth McCarthy-Miller directed the episode, and Al Higgins, Gina Yashere, and Matt Ross wrote the story.

Furthermore, Nathan Chetty, Gloria Bigelow, and Marla DuMont wrote the teleplay. The episode is expected to be watched by 5.70 million people in the United States.

Read More: Overflow Anime Season 2: Is There Going to Be Another Season of the Show?

“When a charismatic new preacher joins the congregation, Abishola develops a new interest in church; after Dottie gives out incentives to upper management but not Goodwin, Bob must do everything he can to ensure he doesn’t lose his best employee,” according to the episode’s official synopsis.

The original season three cast is expected to return and carry the tale further into the next season. Furthermore, as of July 5, 2022, the network had made no additional casting announcements. As a result, the following are the series’ main characters:

Furthermore, we ask viewers to be patient because the network will notify them in advance if any new characters will be added in the following season. As a result, fans should pay close attention to any such occurrences on social media in the coming months.

Where Can I Watch Bob Hearts Abishola Season 4?

Bob Hearts Abishola Season 4 will most likely be available on all previous platforms that have the rights to stream the series, as well as on-air on the CBS channel on Mondays (8:30-9:00 PM, ET/PT). Furthermore, all past seasons are now accessible to watch on Paramount+ and fuboTV.

Must Check: The Circle Season 5 Happening or Not: Everything About Season 5!

The series is also available to rent or buy on iTunes, Amazon Instant Video, Google Play, and Vudu, depending on the user’s area, with preferential membership levels available. On the other side, it is also free to watch on the CBS platform.

Is There Any Trailer for Bob Hearts Abishola Season 4?

According to the CBS website’s official summary, Bob Hearts Abishola is a love story about a middle-aged compression sock salesman from Detroit who suddenly falls for his cardiac nurse, a Nigerian immigrant, while recovering from a heart attack and sets out to win her over.

In this hilarious examination of immigrant life in America, Bob is undeterred by Abishola’s lack of initial interest or the wide disparities in their histories.

Nailed It Season 7 Release Date: is “Nailed It”…

Dancing With the Stars Season 31 Cast News? Who is Comming…