In 1985, Steven Spielberg adapted the Pulitzer Prize-winning novel “The Color Purple” by Alice Walker into a film nominated for an Academy Award.

Then, in 2006, it became a musical nominated for a Tony Award, followed by a celebrated revival in 2015. Warner Bros. Pictures and Amblin Entertainment are producing a film adaptation of the musical, and we have all the information you need.

The Color Purple Release Date and Where to Watch?

The Warner Bros. Pictures film adaptation of the musical “The Color Purple” is scheduled for release on December 20, 2023. Since the film’s release date is still more than two years away, it’s unlikely that it will receive a hybrid release in theatres and on HBO Max; instead, it will premiere exclusively in theatres on that date. 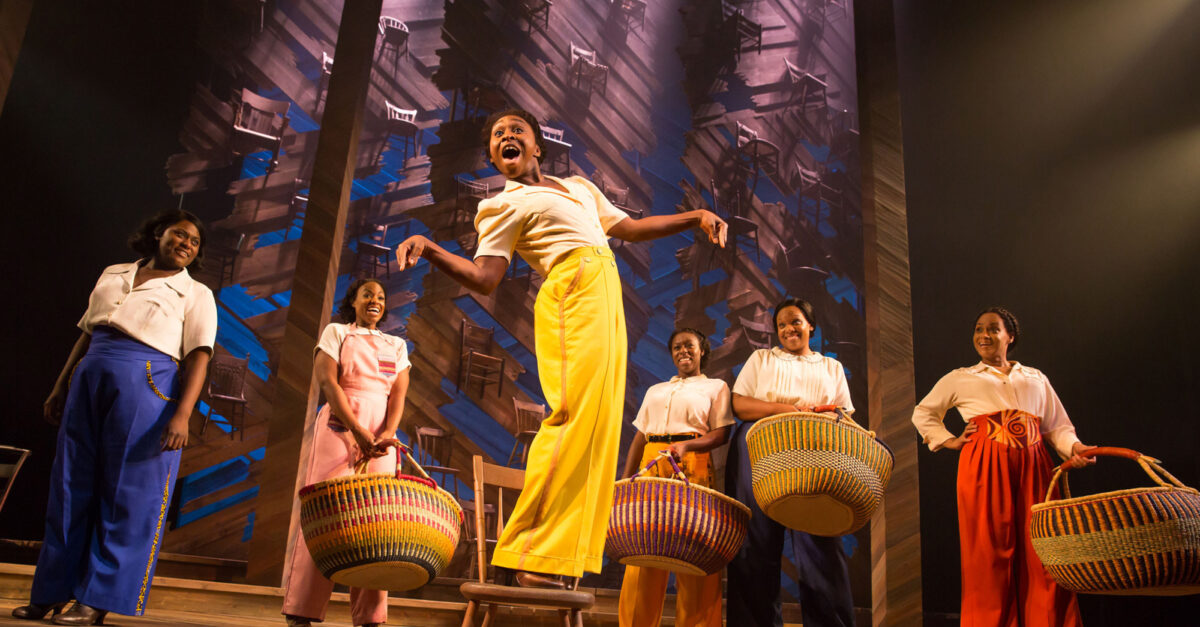 This film will presumably be a tentpole production for awards season and will have at least a 45-day exclusive theatrical window prior to its release on VOD and home video.

Tonight only, get ready for a soul-raising blend of jazz, gospel, ragtime and blues at Sarasota’s @vanwezel! Join us at #ColorPurpleMusical and experience “A GLORY to BEHOLD” (The New York Times)! Visit https://t.co/Mckf53TrGK now for tickets. pic.twitter.com/4Yo2kABDxO

What is the Plotline of the Color Purple?

The musical “The Color Purple” is based on Alice Walker’s Pulitzer Prize-winning novel of the same name. The following is an Amazon synopsis of the book:

The Color Purple depicts the lives of African American women in early twentieth-century rural Georgia. Separated as girls, sisters Celie and Nettie sustain their loyalty to and hope in each other across time, distance and silence. Through a series of letters spanning twenty years, first from Celie to God, then the sisters to each other despite the unknown, the novel draws readers into its rich and memorable portrayals of Celie, Nettie, Shug Avery and Sofia and their experience. The Color Purple broke the silence around domestic and sexual abuse, narrating the lives of women through their pain and struggle, companionship and growth, resilience and bravery.

The story about these four Black women has been frequently challenged as a part of school curricula throughout the United States due to its sexual explicitness, explicit language, violence, and homosexuality.

However, these elements only serve to make the story more harrowing and consequential. Therefore, BBC News included it on its list of the 100 most influential novels.

“It floors you. A direct hit to the heart, mind and gut.” – The Hollywood Reporter | Find tickets in a city near you at https://t.co/1UaI3umf0c. pic.twitter.com/w4XBIo0DAK

Jazz, ragtime, gospel, blues, and African music are used in the musical adaptation of the book, which has become a cultural touchstone since its publication in 1982. It enables a showcase of authentically Black music in a Black story with Black characters and adds an entirely new dimension to the narrative.

And that’s a wrap for me on #colorpurple Thank you cast, crew, @Oprah @BlitzAmbassador and everyone who had a hand in getting me to this destination. It’s been life changing. I am forever grateful. 💜 pic.twitter.com/DeZO5ka6ie

After its debut in 2005, the musical received 11 Tony Award nominations and ran for 910 performances; the 2015 revival was nominated for multiple Tony Awards and praised by critics. Here’s hoping the film receives the same level of praise.

Who is the Cast Member of the Color Purple?

The lead roles in “The Color Purple” have not been cast as of yet. In the 2015 Broadway revival, Cynthia Erivo (seen above), Jennifer Hudson, Danielle Brooks, and Joaquin Kalukango played Celie, Shug Avery, Nettie, and Sofia, respectively. Although we haven’t heard anything about any of them reprising their roles in the film, it is not impossible.

Nonetheless, Cynthia Erivo is slated to play one of the lead roles in the film adaptation of the musical “Wicked,” making her participation less likely.

The only cast members announced for “The Color Purple” are Corey Hawkins (“Straight Outta Compton,” “In the Heights”) as Harpo, one of the key male roles, and recording artist H.E.R., who will make her acting debut as juke joint waitress-turned-aspiring singer Mary Agnes, AKA Squeak.

Also Read: The Mean One: Release Date, Cast, Plot, and Everything You Need to Know About the Grinch Horror Movie

Above, we talk about the movie’s release date, cast, where to watch it, and plot. The Warner Bros. Pictures film adaptation of the musical “The Color Purple” is scheduled for release on December 20, 2023. Kindly read again if you missed some information about this show.

How Many Times Has the Color Purple Been Banned?

The epistolary tale of sexism, racism, and poverty in rural Georgia by Alice Walker has been challenged dozens of times since 1984 and has been removed or banned from at least five school libraries in the United States between 1984 and 2010.

Was the Color Purple Based on a True Story?

Although not a true story, The Color Purple by Alice Walker reflects some true-life struggles, some of which she personally experienced and others she heard about from others.

What States is the Color Purple Banned in?

“The Color Purple” was successfully banned from all Texas State Prisons in 2017 due to its explicit language and violent imagery.

When Will The Second Season Of Zatima Be Available To Stream…