Tropic Thunder is a satire of Hollywood, and Robert Downey Jr.’s usage of blackface was one of several social commentary parts.

Surprisingly, Robert Downy Jr.’s 2008 part in Tropic Thunder, in which he wore blackface, did not elicit a significant backlash or significant controversy. Tropic Thunder is a subplot film that goes terribly wrong.

Ben Stiller portrays Tugg Speedman, a figure resembling Jean-Claude Van Damme who has been typecast as an action hero and struggles to segue into more emotional roles. His hopes for a career resurrection lie in Tropic Thunder, the war film in which Tugg plays the leading part.

Kirk Lazarus is portrayed by Robert Downey Jr., a five-time Oscar-winning Australian method actor cast as the African-American Staff Sergeant Lincoln Osiris. Kirk performs a controversial “pigmentation modification” technique to darken his complexion, and, as a method actor, he never breaks character until after he has completed the DVD commentary. 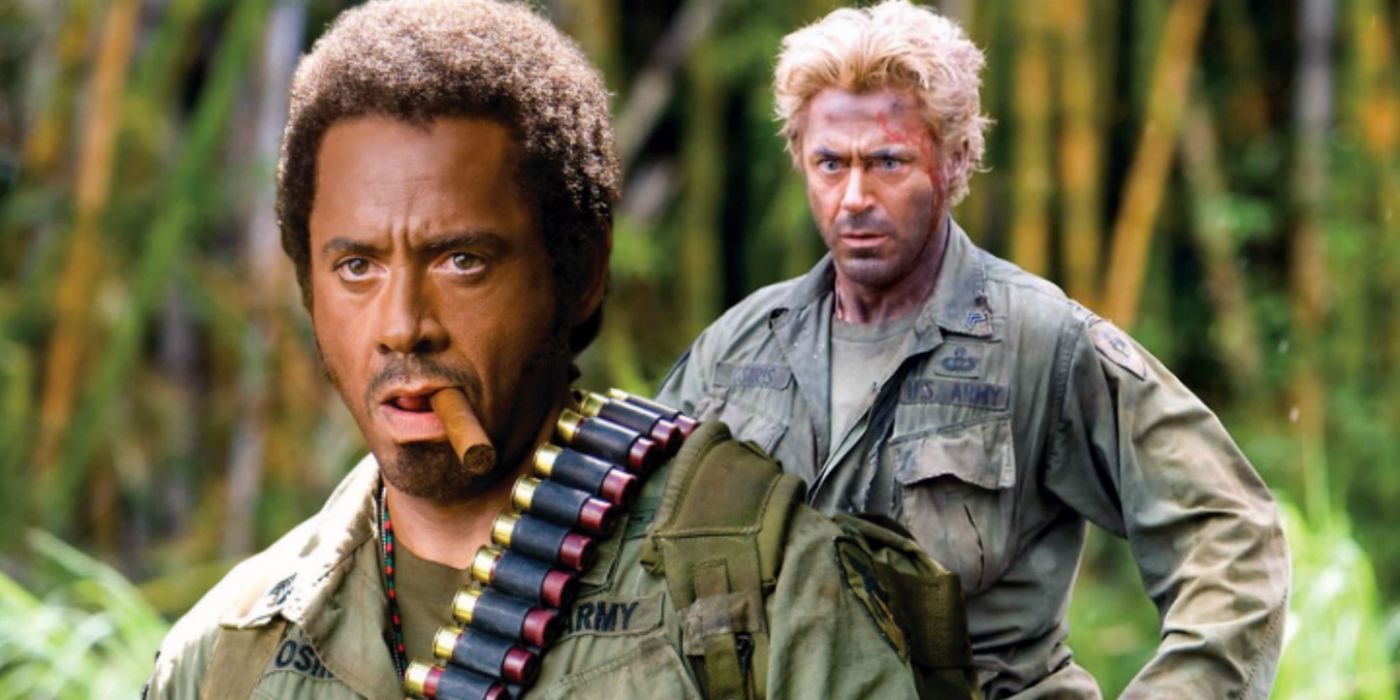 Although this may have resulted in a negative reaction to Tropic Thunder (the actual film), considering that blackface is typically connected with ridiculing Black people, this did not occur.

Robert Downey Jr. was even nominated for an Oscar for the part, and he has continued to defend it afterward. The film’s sarcastic tone is responsible for the absence of criticism.

Tropic Thunder’s genius is that nothing is sacred. Everything “wrong” with Hollywood is lampooned in the film, including product placement, drug use and addiction, problematic productions, megalomaniacal producers who are more interested in making money than telling stories, and the absurdity of Hollywood using serious subjects as money-making fodder.

In Robert Downey Jr.’s Tropic Thunder, blackface is shown as part of Hollywood’s absurdity, and it is also addressed inside the narrative. Alongside Ben Stiller and Robert Downey Jr., Brandon T. Jackson portrays Alpa Chino, an aspiring rapper-actor. He states that he’s creating the film to provide a “true portrayal” and doesn’t let Kirk off the hook.

How RDJ’s Blackface Was able to avoid Controversy

In addition, Kirk’s method of acting ends up playing a crucial part in the finale of Tropic Thunder. Kirk understands Tugg’s identity struggle after he is abducted by the heroin-producing Flaming Dragon gang, tormented, and forced to perform his troublesome film Simple Jack every night. 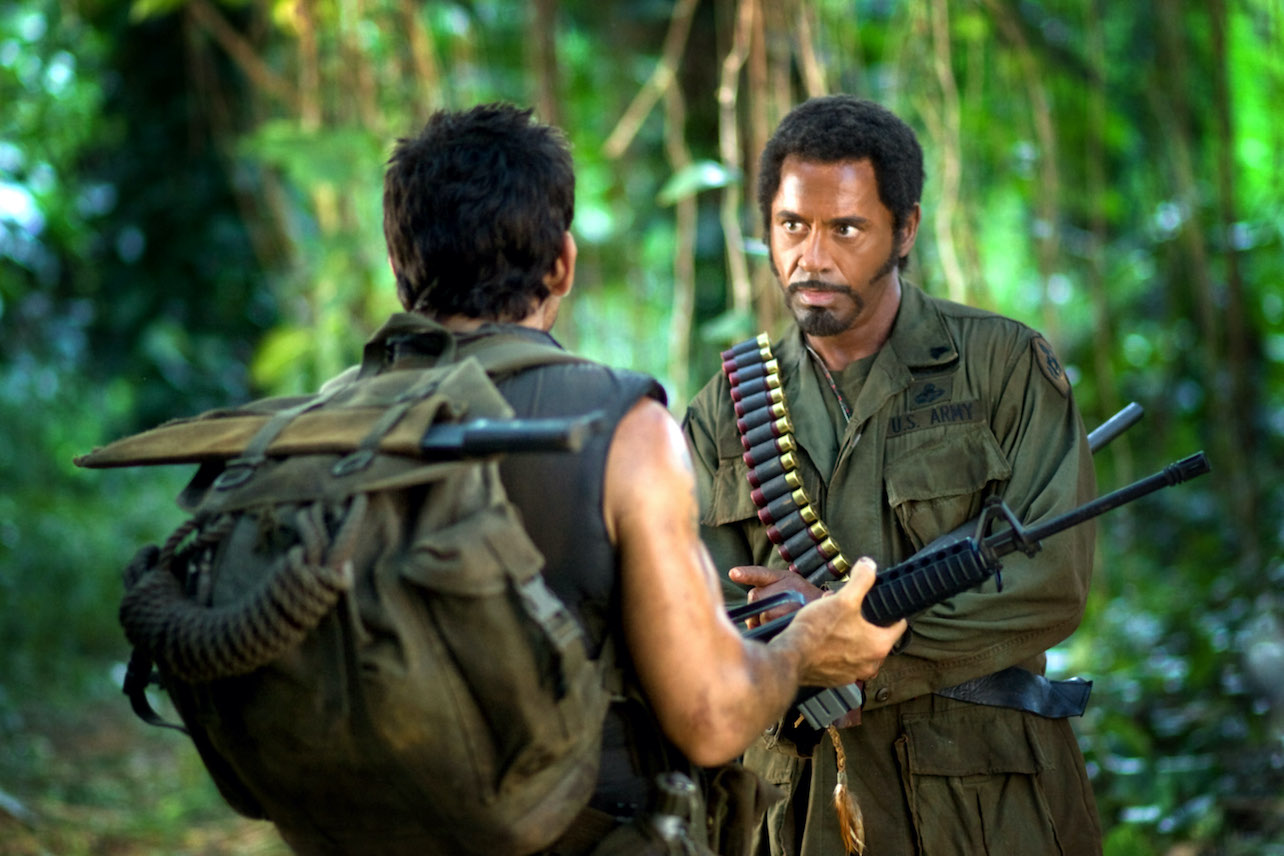 Kirk has faced a similar crisis himself. Kirk removes his mask in an attempt to assist Tugg as himself rather than as his role. It’s a humorous and succinct way to criticize the often strange things method actors do, and viewers can’t help but giggle at how unsettling it is to hear Robert Downey Jr. speaking with an Australian accent.

If there’s one thing Tropic Thunder does well, it’s making viewers laugh, but it also aimed to give social commentary on the seedy underbelly of Hollywood.

By embracing its absurdity and making white actors and Hollywood as a whole the target of the comedy, rather than Black people, Robert Downey Jr.’s blackface in Tropic Thunder was able to avoid provoking significant controversy.

In this regard, Tropic Thunder was ahead of its time, as terminology like “whitewashing” just gained significance in the last ten years, despite the fact that the technique has been present in Hollywood from its inception and remains contentious.

How Jamie Foxx Reanimated the RDJ Blackface Discussion in 2022

Robert Downey Jr.’s performance as a method actor willing to assume blackface for a film was deemed not only respectable but a smash hit by some. After Tropic Thunder, Jamie Foxx contacted RDJ about portraying a Mexican man in his upcoming directorial effort, All-Star Weekend. Foxx has stated that 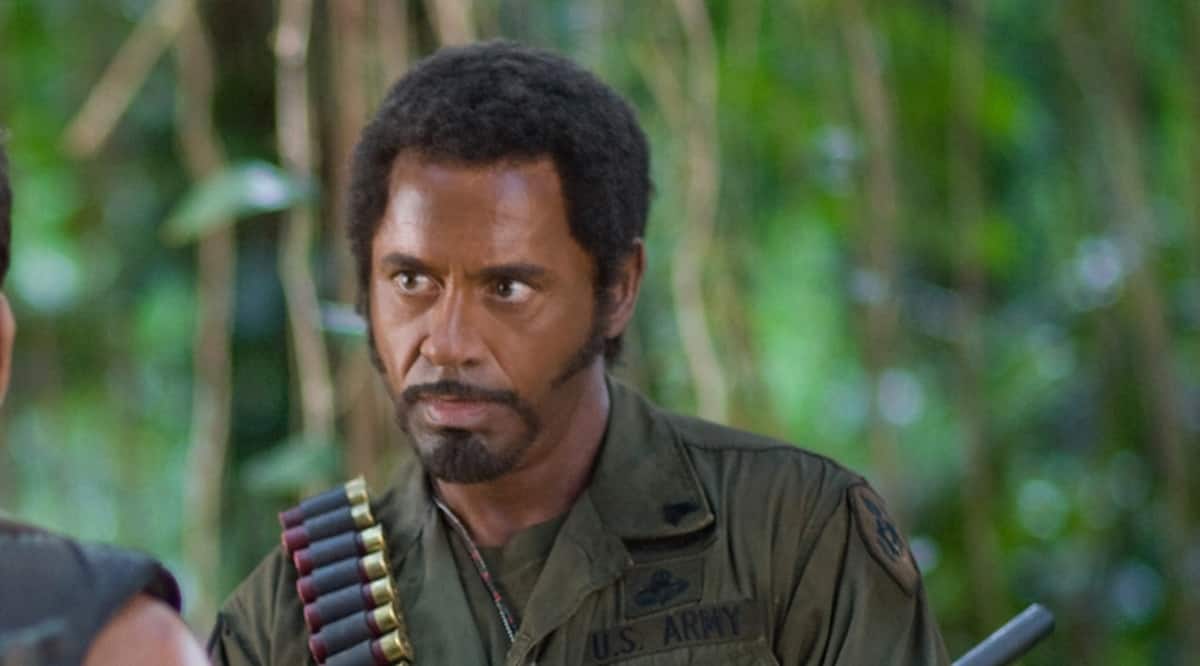 Similar to Tropic Thunder, All-Star Weekend aimed to provide outlandish humor that also lampooned Hollywood and societal conventions. Due to the increasing prominence of cancel culture and increased sensitivity, however, Foxx has decided to suspend the project until “people start laughing again.”

The outcome of Robert Downey Jr.’s casting as a Mexican guy is therefore uncertain, whereas his astonishingly noncontroversial role in Tropic Thunder continues to be a subject of dispute.

Where to Watch To Your Eternity Season 2 Episode 8, Ratings, Reviews and Storyline

Is Season 18 of Sister Wives renewed or cancelled?

Cristiano-Ronaldo : In Both His Professional and Personal…

How to Watch Money Heist Korea Part 2, New Casting and…

India’s predicted XI for the 1st T20 against Sri Lanka