Alex vs America Season 2: What Should Be the Release Date?

The majority of foodies are familiar with Alex Guarnaschelli as an “Iron Chef” and a regular “Chopped” judge, but in her most recent program, “Alex vs. America,” the tables are turned and the chef discovers that her meals are being judged and she might have to pack her bags and go. The program debuted last year, and Discovery revealed in February that a second season would be added after the show’s short run had attracted 6 million viewers and counting.

Now that Season 2 of “Alex vs. America” has been officially announced, it’s time to mark your calendar if you enjoyed the five episodes from Season 1. The first episode will air on Sunday, July 31 at 9 p.m. ET/PT on your preferred viewing device. You may view the program on Discovery+ or the Food Network (via Guilty Eats). Here is what we currently know, even if it’s still unknown whether viewers can look forward to more episodes than those featured in season one.

More cooks will face up against the ICAG in Season 2 of Alex vs. America

🚨IT’S OFFICIAL🚨 @guarnaschelli is heading back into the kitchen for a second season of #AlexVsAmerica with host @ChefAdjepong! 👏👏👏 pic.twitter.com/5txbDvE5ut

Fans of the first season of Alex vs. America will enjoy more of the same in season 2. Guarnaschelli competes against three chefs from various regions of the nation each week, with the ICAG having the option of being eliminated after the first round. 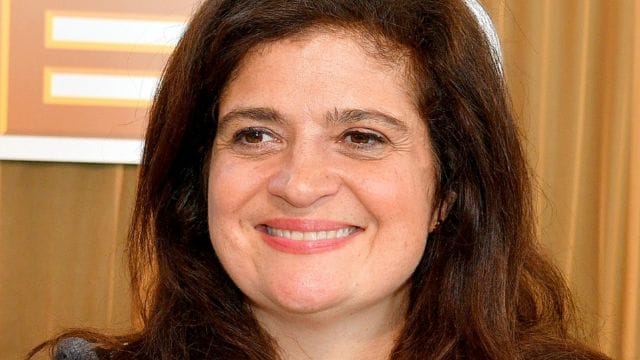 Season 2 will once again be shown on Food Network and the Discovery Plus streaming service, with the host (and Tournament of Champions III rookie) Eric Adjepong again returning.

Guarnaschelli expressed her excitement about working with Adjepong and facing a wide range of challenges before Season 1’s premiere.

Food Network Has Scheduled the Premiere of Alex Vs. America Season 2 for July 31, 2022

The next season of “Alex vs. America” featuring chef Alex Guarnaschelli will begin on Food Network next month.

Her show will return on the cable network on Sunday, July 31 at 9 p.m. ET/PT, TheWrap can exclusively report. (Thewrap, online)

For Food Network viewers, “Alex vs. America” has become a must-watch program because it puts Alex’s entire ability on display, including her razor-sharp wit, unvarnished sincerity, and competitiveness in the kitchen.

According to Courtney White, president of Food Network and Streaming Food Content, Discovery Inc., “We are thrilled to have Alex step back into the arena for a new season, and with new episodes of “Supermarket Stakeout,” “Chopped,” and “The Kitchen,” audiences are reminded why Alex is one of the most respected chefs today.

Each episode of “Alex vs. America,” hosted by famous chef Eric Adjepong, includes three culinary superstars battling over two rounds against Alex and each other. The contestants come from different states, but they all possess a particular skill that they have spent many hours honing in their own kitchens. This skill will be put to the test in an effort to defeat Alex. Each fight begins with Alex and the competitors learning the task. 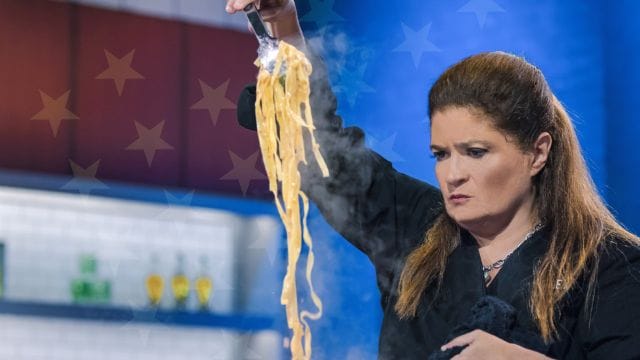 The chefs can collaborate while choosing the ingredients for their dishes and the amount of time they offer Alex to prepare them. Only the top three chefs advance from the challenge, and the least successful chef—even if that chef is Alex—is instantly sent home after a blind taste of each completed plate. Everything ultimately boils down to what’s on the menu. Will Alex be outdone by the other two cooks, giving them bragging rights and a monetary reward?

You may watch “Alex vs. America” in its entirety on discovery+.

When we initially discussed this show, Alex remarked, “I knew that I had a great passion for competitive cooking, and this experience has converted that desire into a full-on obsession.” “Working with the charming and extraordinarily gifted Eric Adjepong is the cherry on top of a practically flawless cake, because, as I’ve mentioned before, I really enjoy winning and totally despise losing much more,” the author says.

Alex’s Food Network primetime series “Supermarket Stakeout,” which will return this spring with new and frantic outdoor culinary competitions, will also have fresh episodes for fans to watch.

Patrick Rothfuss Book 3: The Doors of Stone Synopsis and Preview!

State of Decay 3: What Will Be the Release Date?