All About Brad Pitt and Angelina Jolie’s September 14, 2016 Plane Ride Which Led to Divorce!

PEOPLE received a copy of the heavily redacted FBI report from the closed investigation of an altercation on the plane earlier this week. Jolie, 47, requested the information anonymously through the Freedom of Information Act. She and Pitt, who have six children together, have long been at odds about custody.

The docs provided new information about what allegedly occurred on the trip on September 14, 2016, only days before Jolie filed for divorce.

Jolie has not commented on the recently released sealed FBI records.

According to a person close to Pitt, Jolie planned to “revive an issue that was traumatic for everyone and was handled six years ago” in order to “inflict the biggest amount of agony on her ex.”

Jolie filed for divorce on Sept. 19, 2016, alleging irreconcilable differences for their breakup, naming their date of separation as Sept. 15 – one day after the plane flight. She also requested sole physical custody, while a Pitt source stated that he would fight for joint custody.

Her attorney stated at the time, “This decision was made for the sake of the family’s health. She will not be commenting at this time and requests that the family’s privacy be respected during this difficult time.” Pitt added in his own statement, “This saddens me, but what matters most now is the safety of our children. I respectfully request that the press give them the space they deserve during this trying time.”

Authorities are looking into Pitt for possible child abuse

Days following the divorce announcement, sources reported that Pitt was being investigated for child abuse after allegedly being “verbally abusive” and “physical” with one of his children aboard the couple’s private plane while their other children were there. After someone anonymously reported the incident, the Los Angeles County Department of Children and Family Services became involved.

At the time, a Pitt source claimed he was taking the matter “extremely seriously and claims he did not perpetrate any mistreatment of his children,” adding, “It’s sad that those involved are still presenting him in the worst possible light.”

Because the event occurred in mid-flight, the case was also forwarded to the FBI under special aircraft jurisdiction.

An insider with knowledge of the situation told PEOPLE that Pitt was “drunk” and that “there was an altercation between him and Angelina” — as well as a “parent-child argument that was not handled properly and escalated more than it should have.”

According to the source, “no one was physically harmed” and Pitt “did not hit his child in the face in any way.”

Rather, when a “confrontation was spiraling out of control,” Pitt “made contact with Maddox in the shoulder area, and there was absolutely no physical injury to him,” according to the source. Maddox was 15 years old at the time.

Beyond that, the source alleged at the time, are accusations “a mixture of exaggerations and lies They’ve taken the overall smallest kernel of truth – that a fight got out of hand and reached a regrettable apex, and that as a result, DCFS is looking into it — and twisted it to best suit their custody attempts.”

FBI closes investigation with no charges

On Nov. 22, 2016, the FBI concluded its investigation and cleared Pitt: “The FBI has performed a review of the circumstances surrounding a flight inside the special aviation jurisdiction of the United States that arrived in Los Angeles carrying Mr. Brad Pitt and his children, and will not pursue further inquiry. In this case, no charges have been made “At the time, the FBI issued a statement.

Earlier that month, the DCFS ended its investigation without finding any evidence of maltreatment.

Jolie says divorce filing was not an easy decision

In September 2021, Jolie discussed her divorce with The Guardian, saying, “I’m not the type to take decisions like the ones I had to make lightly. It took a lot for me to reach the point where I thought I needed to divorce my children’s father.”

Jolie, who stated, “there’s a lot I can’t say,” said she was “broken” by her experiences and wished for her family, “particularly their father,” to find a way forward.

In reaction to Jolie’s statements, a source close to Pitt remarked at the time, “It’s difficult to see how continuing down this path serves anyone.” 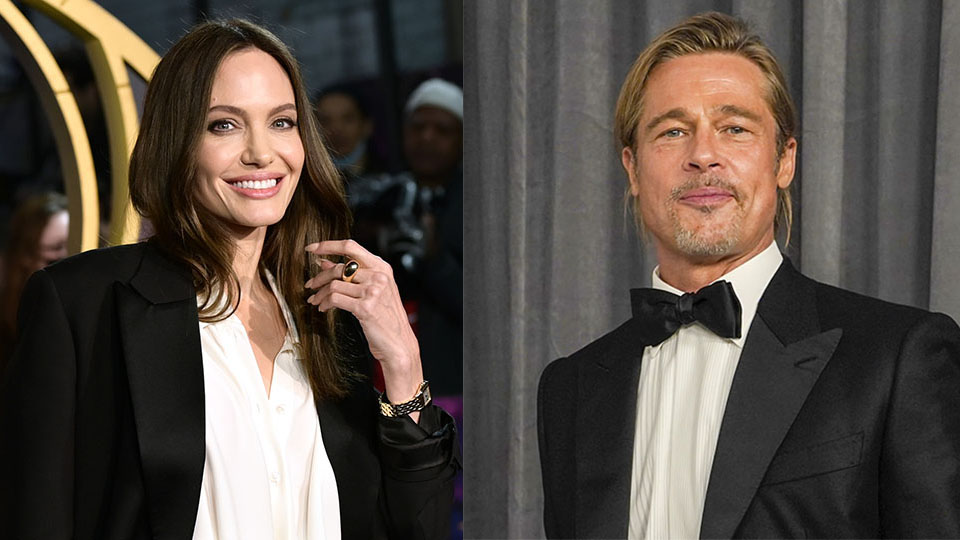 This week, multiple outlets, including PEOPLE, obtained and reported on years-old FBI documents about the closed investigation into the plane crash. The redacted papers revealed even more alarming details about what Jolie claims happened than had previously been publicized.

According to Jolie, there was “tension” between her and Pitt prior to their return trip from France to their Los Angeles home. Pitt’s conduct that day, she alleged, made her feel “like a captive” aboard the plane. He is accused of grabbing and shaking her, pushing her into a wall, and punching the plane’s ceiling. When she stated that it appeared “like he was about to harm” one of their children for calling him a “prick” during a disagreement, Jolie admitted to throwing her arms around Pitt’s neck in a chokehold.

Pitt, according to Jolie, acted like a “monster” on the plane, frightening her and their six children, who were “shell-shocked.”

Furthermore, Jolie claimed that the plane had $25,000 in damage and that Pitt “poured beer on” her at one point. According to the article, Jolie suffered injuries to her back and elbow, as well as a “rug-burn type cut” on her hand, while Pitt had a “scratch,” which she remarked, “may have been from her.”

A source close to Pitt later told PEOPLE that the documents’ release is “nothing new,” and that both he and Jolie had had them for years.

“It was investigated, but no charges were filed. It’s common for such items not to be made public. It was shared by both sides “according to the source “This serves no use. Making this public is devastating to the children and the entire family.”

Pitt, according to the insider, “has been mute on this matter because he believes it is best for his children and everyone else. Despite a never-ending torrent of insults and attempts to use the courts against him, he has maintained that stand.”

Somos Season 2: Has It Released?