All the Details About Netflix You Season 4 New Faces to New Location| You season 3 Spoiler!

In Season 4 of “You” on Netflix, Penn Badgley returns as serial murderer Joe Goldberg, who will now be stalking on an international scale.

As a reminder for the (kind of?) murderer-with-a-good-heart series, Season 3 of “You” focused on newlywed father Joe (Badgley) falling for single-mother librarian Marienne (Tati Gabrielle) while attempting to discover himself amidst the horrors of suburban domesticity.

Season 3 closed with Joe murdering his wife Love (Victoria Pedretti), giving away his young son Henry, and going off to hunt the “true” love of his life, Marienne, in Paris, after discovering he cannot live without their sultry chemistry and spiritual literary connection. Based on the best-selling novels of Caroline Kepnes, “You” poses the occasionally dangerous question, “What would you do for love?”

According to an official press release, Season 4 will begin in Europe, where fans last saw Joe pursuing Marienne. Below are the things we currently know about Season 4 of “You.”

Netflix has revealed that Season 4 will take place in London, despite the fact that Season 3 end had Joe prowling around Parisian cafés in search of Marienne. Beginning on April 1, manufacturing has officially begun.

Fans are quick to deduce that Charlotte Ritchie’s character Kate, a new season regular, will likely become Joe’s next fixation. Kate, the daughter of a wild, bohemian single mother, labored diligently to build the life she currently enjoys. She is a director of an art gallery whose responsibilities include handling unruly artists. Kate is typical “the adult in the room” and has adopted the nickname “icy bitch.” 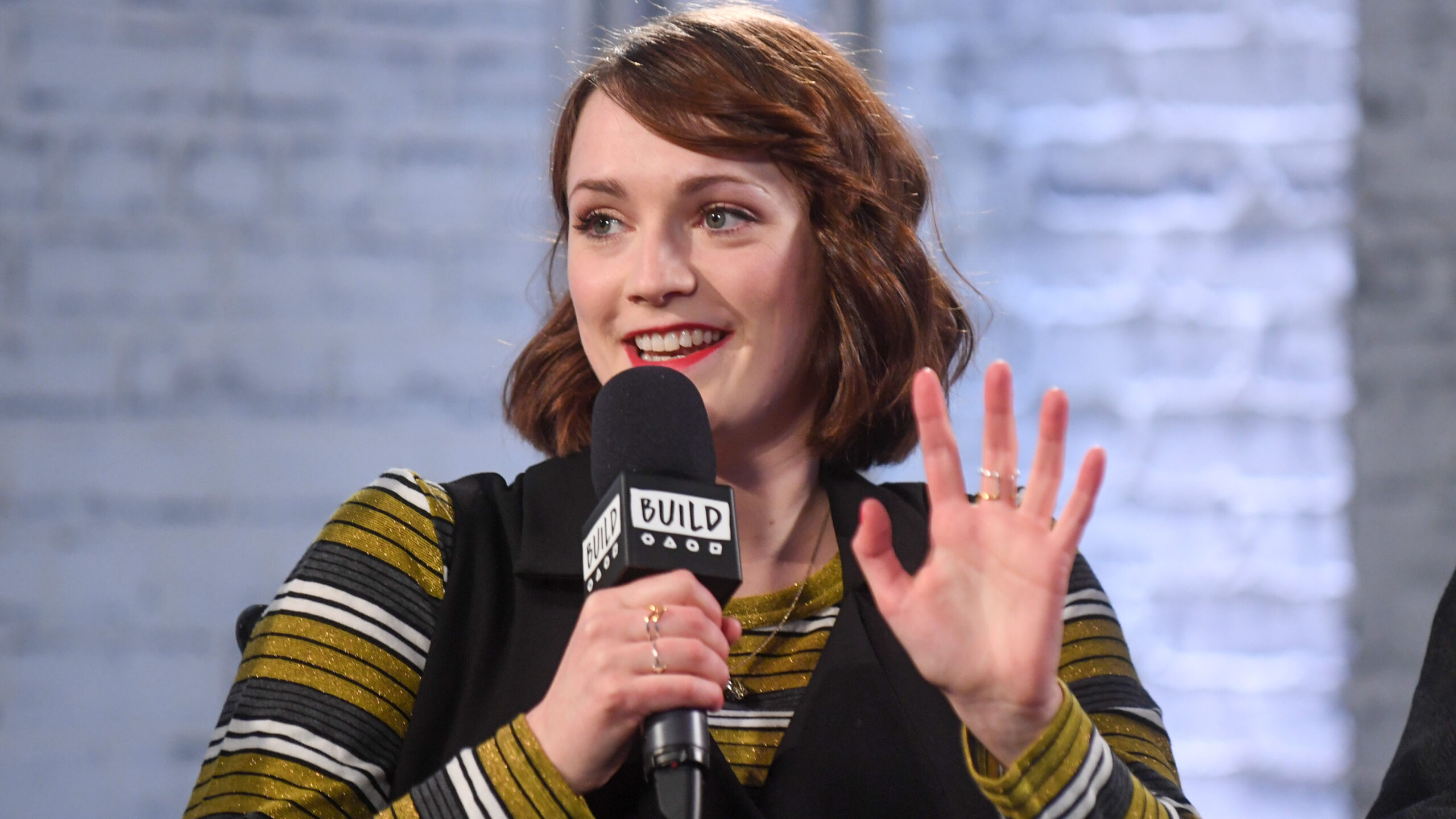 Kate is particularly cautious of her closest friend Lady Phoebe (Tilly Keeper), a kind and trustworthy individual whose excessive riches and prominence attract opportunists. Kate favors “arrangements” over love, which is why she dates Malcolm, a literature professor who is a charming but self-centered party animal (Stephen Hagan). Malcolm’s cheerful personality borders on bullying, as he is described as a “drug-loving bon vivant.”

When Malcolm brings Joe, an American outsider with little apparent means, into their privileged society, Kate not only hates him immediately but also has strong suspicions that he is not what he appears to be.

More Instagram Influencers Will Perish at the Hands of Joe After Joe unusually set his former Madre Linda neighbors/parenting bloggers free in Season 3, it appears that he will have to deal with another set of influencers overseas, including Lady Phoebe, whose “every bikini wax has been chronicled by the tabloids since she was 15 years old.”

The aristocratic socialite has a large following, and Phoebe reveals her real colors when she is alone with her pals. She is an ardent supporter, particularly of her American entrepreneur boyfriend Adam (Lukas Gage). She is also a wild card: Will she rise to the occasion when adversity comes, or will she shatter?

Lukas Gage, star of “Euphoria” and “The White Lotus,” will portray season regular Adam, a fellow American ex-pat who will allegedly clash with Joe.

Adam, like Love (Pedretti) and her deceased brother Forty (James Scully), hails from a privileged home. Adam, the youngest son of a wealthy East Coast entrepreneur, is notorious for catastrophically falling short of his prosperous, venerable family’s expectations. Adam, who is an entrepreneur and a gambler, is a pleasant and humorous party host and quick friend. Adam, however, is concealing a wealth of secrets and masking his difficulties with hefty self-medication. 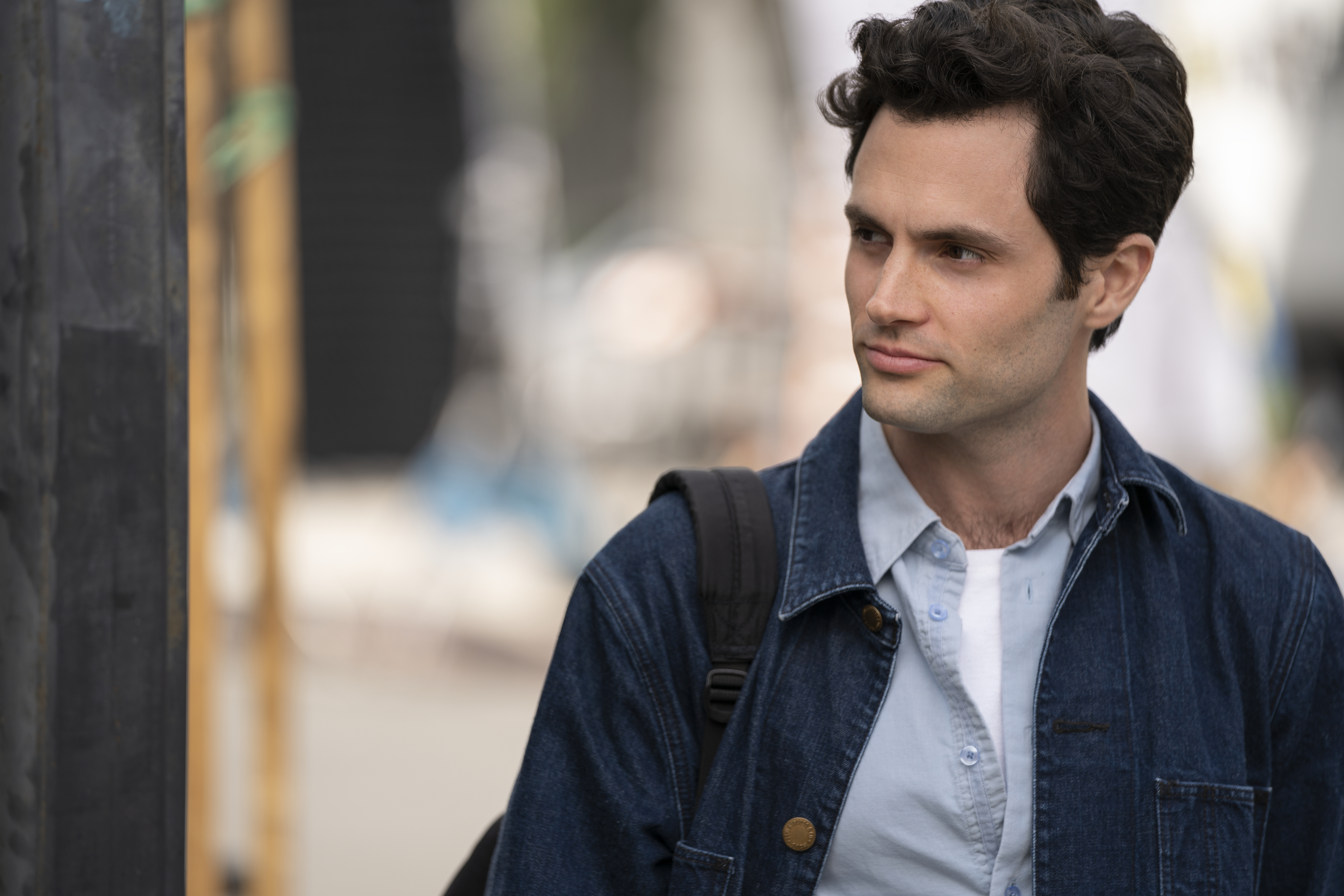 Vic (Sean Pertwee), Adam’s personal security guard/driver/drug dealer, is not afraid to get his hands dirty in order to cover up Adam’s transgressions.

According to his official character description, Adam is desperate to prove himself with large, dangerous wagers, believing that a successful businessman will do whatever to get away with it. Does he genuinely care for his affluent, titled lover Lady Phoebe, or is he simply exploiting her?

Finally, the World of Academic Literature Will Be Represented

What, we’d just keep observing Joe at libraries and bookstores? Thankfully, Season 4 will feature the literary academy community, led by literature professor Malcolm (Hagan). Will Joe receive his MFA as a result of this? We won’t rule anything out!

Nadia, a student who is majoring in literature and has a dark secret, is played by Amy Leigh Hickman. She loves genre fiction and aspires to be a serious novelist. Nadia’s energy and outspokenness serve as the ideal mask for the fears carried by a young person who has never felt included in her friend group. She has made some serious errors, and they now pose a threat to her life. Even if assistance comes from the wrong people, she will need aid. Edward (Brad Alexander), whose father runs a significant news organization, is Nadia’s opponent.

Ed Speleers, who previously appeared in “Outlander,” plays Rhys, a witty, irreverent novelist whose biography earned him praise and put pressure on him to pursue a career in politics. Rhys was born into poverty and through a difficult childhood before becoming wealthy, attending Oxford, and befriending the proper people. He can now blend in with any social group while simultaneously seeing right through the people who surround him. Although he doesn’t have much time for partying, he likes keeping in contact with his oddball group of pals. After all, they supported him during his difficult adolescence. It seems like they might click with Joe!

Niccy Lin portrays Sophie, a businesswoman disguised as a spoiled jetsetter. While her social media posts may give the impression that she is lounging about in a bikini, every element of her page is the result of deftly negotiated high-end advertising arrangements. Sophie is a vigilant defender of her quiet artist brother, Simon, below her zany appearance (Aidan Cheng). Simon is difficult to please and despises small conversations and meeting new people. Simon, the Oxford-educated son of a Chinese technology mogul, disproved the opinion of the general public when he demonstrated his talent as an artist in spite of his money and privileged upbringing.

Roald is portrayed by Ben Wiggins and is descended from a long line of aristocrats. Although Roald is charming, fashionable, and has impeccable manners, there is a sense of cold calculation about him, in addition to tales of a secret dark side.

Playing Gemma is Eve Austin. Being a part of an exclusive group of friends who first met at Oxford, Gemma has never stopped to think about anything outside the next red-carpet event, fashion show, or date. She’s a fantastic companion to party with, but because of her exclusive and wealthy lifestyle, she is stunningly tone-deaf and lacks empathy for people who are less fortunate.

Check Also: Alien and Hatsune Miku Are Among the Fall Guys Season 2 Leaks.

Blessing, a Nigerian princess with many post-graduate degrees, is an investor who has a fascination for cryptocurrencies. Her real name is Ozioma Whenu. Her fearless risk-taking in life and business has repeatedly paid off. She is wry, fun-loving, and unabashedly cliquish with her university buddies. What is she hiding? She thinks that because everyone is participating in a simulation, only fools would refrain from acting in any way they like.

Connie, who went to Oxford with Kate and Phoebe’s friends, is portrayed by Dario Coates. He is a nice, upper-class sportsman who has turned soft. It’s easy to infer that Connie has never had to deal with a poor outcome in his life despite being loud, foul-mouthed, and a lover of gambling, horses, alcohol, and drugs.

Dawn is portrayed by Alison Pargeter, who isn’t very noticeable in a crowd, which is helpful for her job as a paparazzi. But Dawn might be an issue if you’re someone who’s trying not to be photographed.

Elliot, portrayed by Adam James, is a globe-trotting, composed, grounded man who is averse to drama and is on business in Europe. No matter how difficult the challenge, Elliot consistently delivers for his strong boss.

Penn Badgley makes his directorial debut for “You” Season 4 after agreeing to serve as a producer for Season 3 last year. In an Instagram post with the comment, “We hired a new director this season but he seems to know the show very, really well,” showrunner Sera Gamble revealed Badgley would be taking over the helm.

Jenna Ortega, a former cast member of “You,” remarked, “You’re joking!! Very, so cool,” newbie Lukas Gage remarked on “You,” and “A natural!”

The Season 4 finale, co-written by Michael Foley and writer Gamble, would allegedly have “all the characters spend the whole episode cozied up comfortably around the fire with dogs on their laps, discussing the new Beyoncé album over tea,” according to a previous writer Gamble tease.