House of the Dragon Episode 1 Review

If you want to avoid spoilers for House of the Dragon (Sky Atlantic/NOW), the new prequel to Game of Thrones on Sky Atlantic, stop reading now. Even if you aren’t concerned about spoilers and are simply curious about this review, you should probably stop reading now. Because the following text is likely to knock you out cold.

Forget about the sex, swords, and even dragons. With the shot of the funeral pyre 42 minutes into this first episode, we knew we were back in Westeros for good. The mummified corpse of Aemma Targaryen, the Queen Consort, was on it. Enough of the gloom. 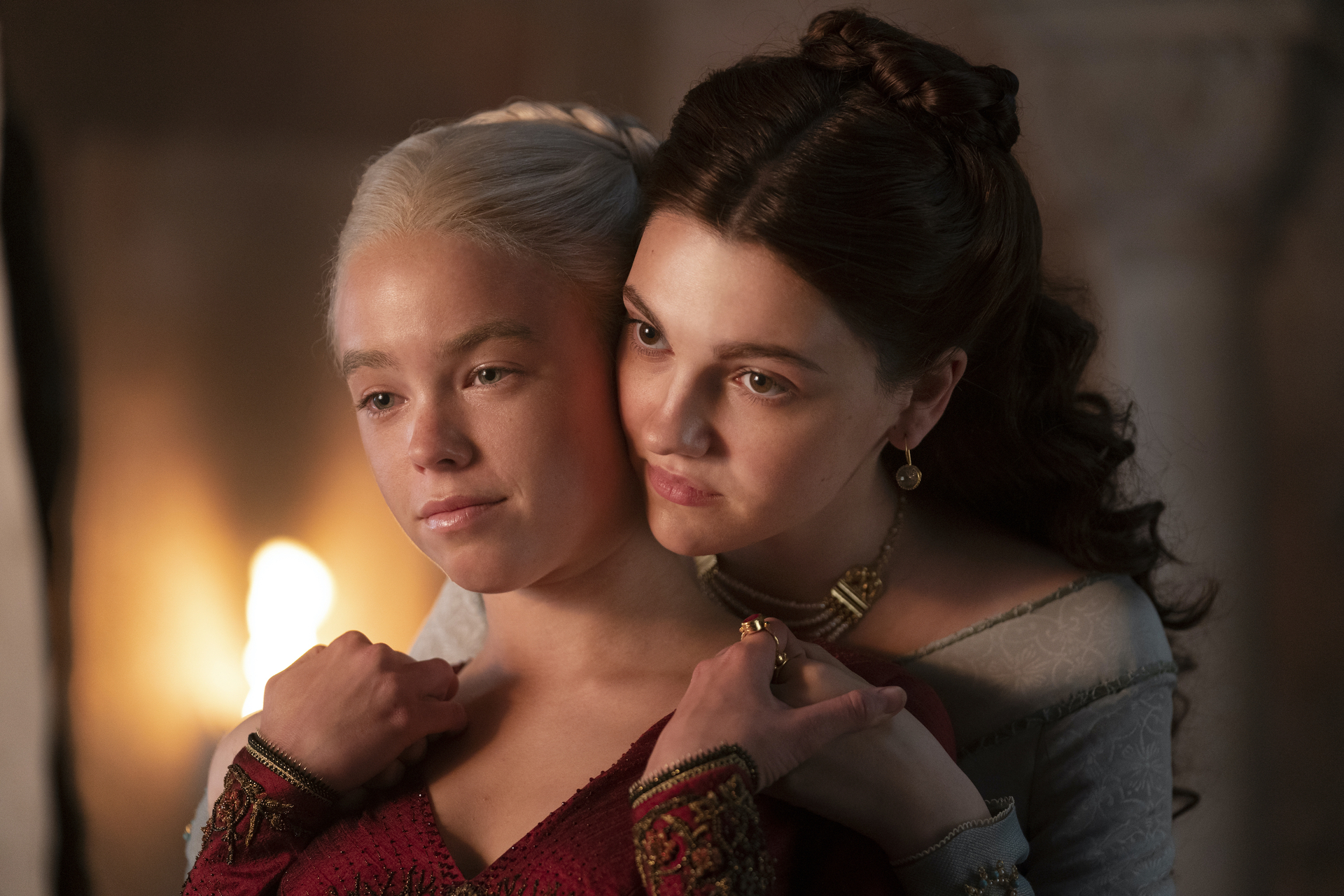 But then, very slowly, the camera tracked downwards, revealing the tiny mummified corpse of her baby, laying on a second, smaller pyre: the son and heir for whom the kingdom had longed for so long. In the preceding scene, he had only recently been born.

But the main point is that we had no idea the kid had died. The makers chose to convey the news to us in this manner: with a shot of his remains going to be set ablaze. “Show, don’t tell,” as creative writing instructors constantly advise. And this was a particularly heinous case. Nonetheless, it stayed loyal to the essence of Game of Thrones. Not only shocking but carelessly, even casually so.

Although House of the Dragon is a prequel, I prefer to think of it as Game of Thrones heir, in keeping with the language of the show. And, like any heir, it feels enormous pressure to live up to its legendary forefather. One episode is far too early to say whether it will. But we have a feeling it will have a similar plot of suspense and intricacy, with the looming contest to succeed the tired and beaten old King Viserys (Paddy Considine).

At the very least, we’ve met someone who appears to be destined to play a significant role in the Westeros canon: Prince Daemon Targaryen (Matt Smith). He feels like a classic Game of Thrones villain: spoiled, arrogant, and joyfully murderous. Indeed, he resembles at least three famous Game of Thrones villains: a sprinkling of Ramsay Bolton, a pinch of Joffrey Baratheon, and a smidgeon of Jaime Lannister. Jaime, of course, revealed a more noble side. 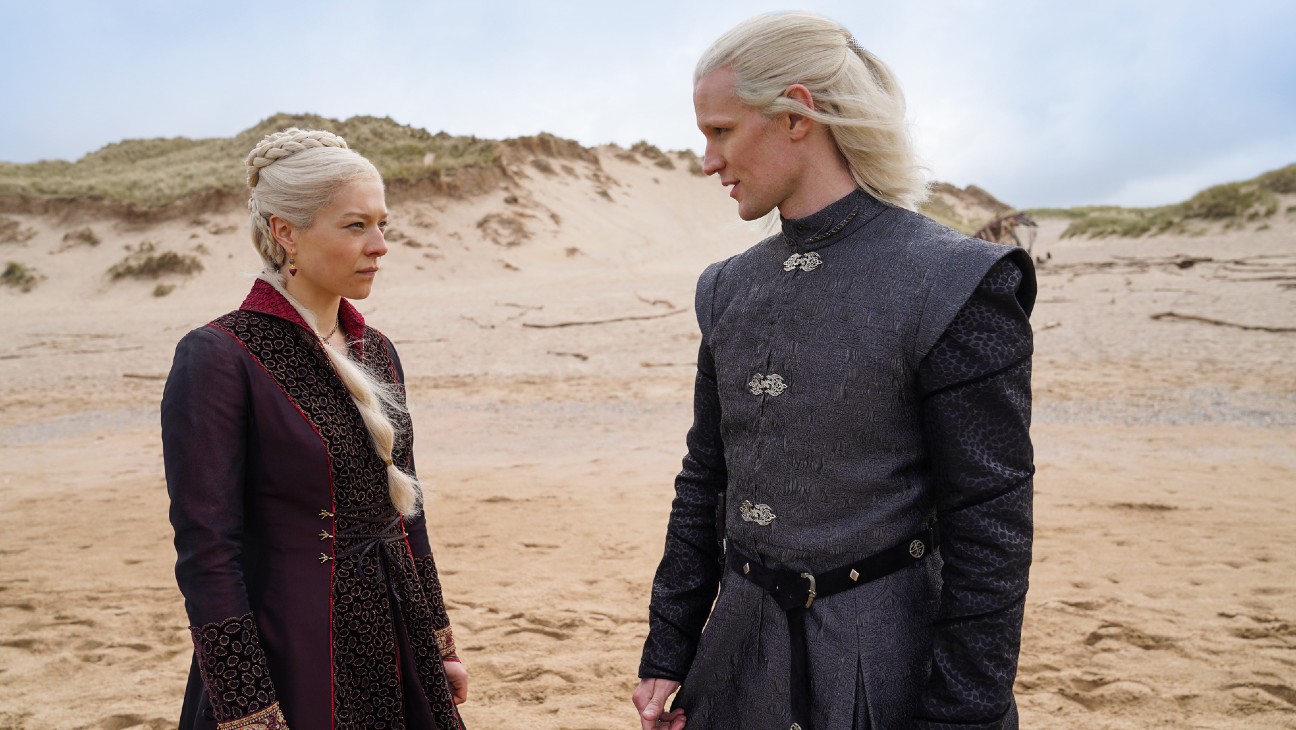 On the evidence thus far, Daemon is unlikely to do so. But again, the world of Game of Thrones has always been full of unexpected surprises.

As I mentioned in my earlier post about House of the Dragon, we could have used more Tyrion-style humor to lighten the mood. And, at points, the show resembled what critics call a “slow burner” (i.e. not desperately gripping).

Still, patience will be rewarded. Wait till the climax of episode six. It makes the scene with the funeral pyre look like a teddy bear’s picnic.

House of the Dragon reacquaints us with King’s Landing after the end credits. Princess Rhaenyra Targaryen, the daughter of King Viserys, is introduced by a woman with silver hair flying along on a dragon. Rhaenyra hooks arms with Alicent Hightower, the daughter of King of the Hand Otto Hightower, and leads us on a nostalgic stroll through the Red Keep after dismounting her dragon.

Rhaenyra approaches her mother’s room, Aemma (“Emma”) Targaryen, who is pregnant and about to give birth in a few weeks. Rhaenyra states that everyone is focused on the baby, but someone must care for Aemma.

Aemma responds, “You will sleep in this bed soon enough, Rhaenyra.” “By experiencing this agony, we serve the realm.”

Rhaenyra responds in a manner similar to Arya Stark: “I’d rather serve as a knight and ride into combat for glory.”

Later, we observe Alicent Hightower attempting to instruct Rhaenyra beneath a Redwood tree, but Rhaenyra is unmotivated to study. Alicent observes that Rhaenyra is always like this when she’s anxious, and hypothesizes that she’s concerned about being overshadowed by Viserys’ potential son.

She states, “I wish for a son for my father.” Since I can recollect, it is all he has desired.

She then states that she is uninterested in her place within the family, preferring instead to ride a dragon, witness the wonders across the Narrow Sea, and eat “just cake.”

We stan Rhaenyra, our cake queen.

Jinx Chapter 10 Release date, Spoiler, Time and Where to…

Ravindra Jadeja hugs the bowler and knocking him for 22 runs…

Despite Their Separation, Kendall Jenner and Devin Booker…