NOTE: The article below gives away a lot about the third episode of Season 6 of My Hero Academia.

This season of My Hero Academia has been intense from the start, so much so that we didn’t even get the usual recap episode where the kids go swimming or a reporter comes to the school.

The heroes are currently in the middle of a full-on attack on the bad guys. One group is going after the Paranormal Liberation Front, while the other has just walked into the hospital where Shigaraki is getting a power boost. In the first two episodes, everyone’s favorite muscle-bun, Mirko, led the fight against the doctor and his Nomu. In the third episode, though, things took a different turn when we learned about the Paranormal Liberation Front. 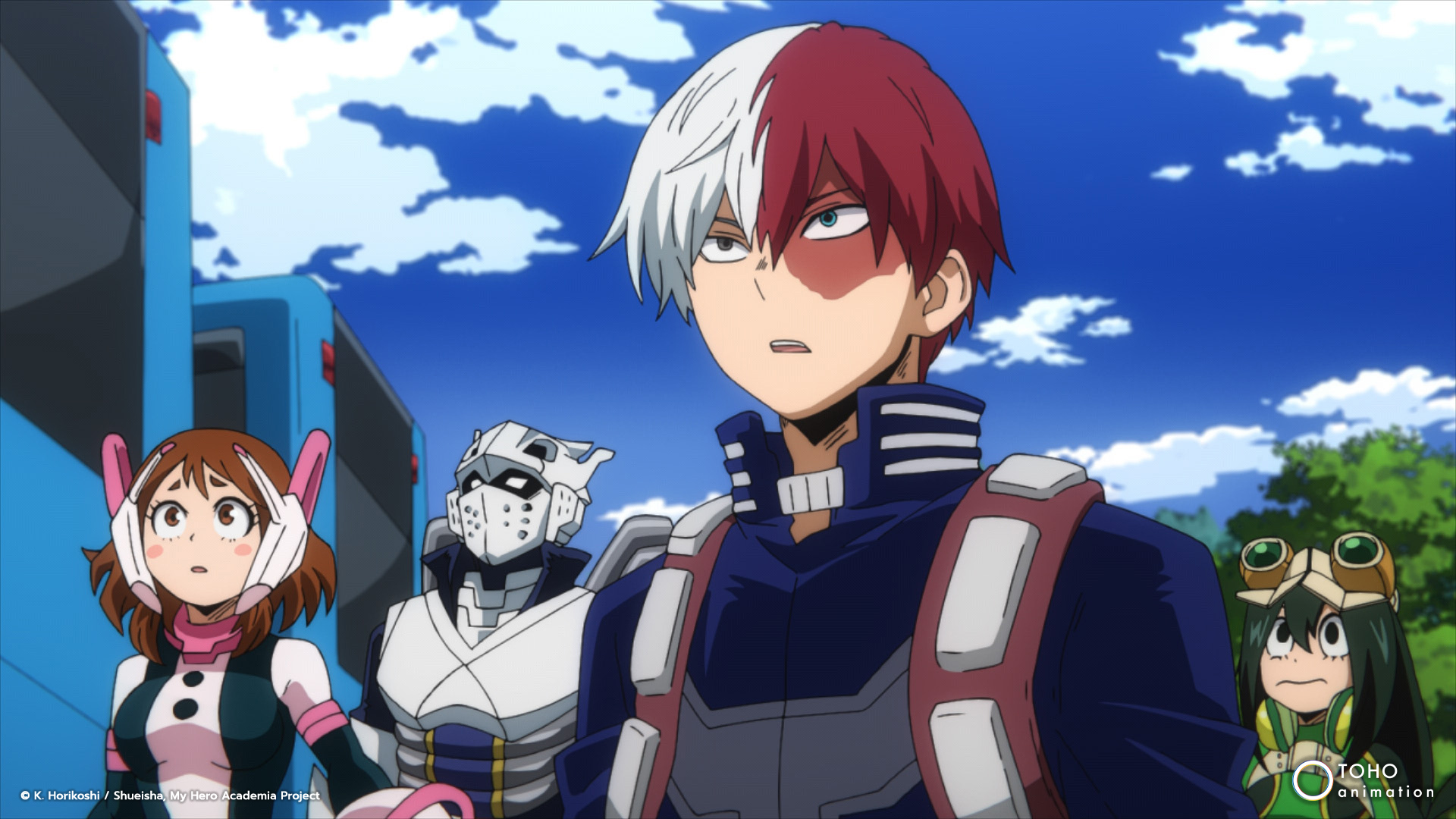 More importantly, it showed Twice finding out the truth about Hawks, which led to one of my favorite things that anime can do: change the opening or ending (in this case, the ending) to fit what’s going on in the show.

What Happened in My Hero Academia Season 6 Episode 3?

In the My Hero Academia series, the idea of what makes someone a hero or a villain is played with. We’ve met a few characters who are more “outcast” than “bad,” and we’ve even met a few heroes who at first made people wonder if they deserved the flowers society was giving them.

It makes me think of when I was a kid and watched Batman: The Animated Series. Some of the bad guys were really bad, while others were just in the wrong place at the wrong time. Batman would even shows sympathy for these bad guys, like when he let Harley Quinn get the dress she wanted on her day out, comforted a crying Baby Doll, or helped Penguin try to give up crime and live in high society.

Maybe that’s why I liked Twice so much. Twice has always been a character who needed a little help. He’s not the only one like this in the League of Villains, but he’s one of the best examples of “I did my best, but no one gave me a chance.” The League of Villains gave him the kindness he had been looking for, so he always did his best to help them. Unfortunately, this led to him being used, first by Overhaul and now by you. Hawks.

The heroes found out where the bad guys were by putting their trust in the Hawks twice. This betrayal is shown in a painfully brilliant way in this episode. The music is sad, and Hawks has the kind of shading you would expect from a bad guy. In the meantime, Twice can’t stop crying as he tries to figure out why someone he trusted betrayed him.

Hawks sees the good in Twice and offers to help him start over when he says he doesn’t want to fight. He even calls him by his real name, Jin Bubaigawara, to get him to turn himself in.

Though, Twice doesn’t give up and makes one last stand to protect his friends. He ends up dying in the process, but not before saying a sad goodbye to Toga and sending out his clones.

The “Ukrainian Day” Will Be Held at the Venice…

Why Doja Cat’s Style Development Is Something You…