“Wednesday” by Tim Burton has been all over TV and Twitter lately, but not always in a good way.

The popular Netflix show started on November 23, and in its first week on the app, more than 341 million hours were watched, according to Deadline. The show got good reviews and broke streaming records.

No other English-language show on Netflix has been able to bring in that much money in its first week. In this supernatural coming-of-age story, Jenna Ortega plays Wednesday Addams, who is getting used to life at Nevermore Academy, a Vermont reform school for weird kids like herself. Randy Myers of the San Jose Mercury News said that Tim Burton was “in perfect sync with the material” in this production.

On the surface, “Wednesday” seems like an innocent and fun show with a familiar plot based on the characters and franchise of “The Addams Family.” But many fans have found something very wrong with the spinoff, which is getting a lot of attention right now.

“Black characters are either aggressive or have lost their morals.”

Some people who watch “Wednesday” feel like Tim Burton chose to cast Black actors as the show’s main bad guys on purpose. Many people think this was planned and very racist. Because of this, fans are taking to social media to show how upset they are.

On Twitter, someone wrote, “I’m trying too hard to ignore the racist and anti-Black undertones in the Wednesday Addams Netflix show.” Another person who was mad wrote: “I really wanted to like it, but I can’t because all of the black characters are either bullies or have morally questionable actions. And why does Wednesday treat them badly? Wtf. What kind of nonsense is this writing?”

People are most upset about the casting choices of Joy Sunday, who is from New York and plays the mean girl Bianca Barclay on Nevermore, and Iman Marson, who is new to Hollywood and plays a local bully.

Many viewers think it’s bad enough that the bad guys in “Wednesday” are played by Black actors, but there’s something else about Marson’s character and his family that’s making even more people angry online.

Asjha Cooper: Why is She Leaving Chicago Med for a New Season?

In “Wednesday,” the family of Iman Marson’s character, Lucas Walker, runs the show’s fictional Pilgrim World and is proud to be keeping our settlers’ controversial past alive there.

Noble Walker, played by Tommie Earl Jenkins, is the mayor of Jericho and owns the colonizer theme park, which is dedicated to “zealots responsible for mass genocide,” as Wednesday Addams says in Episode 1. 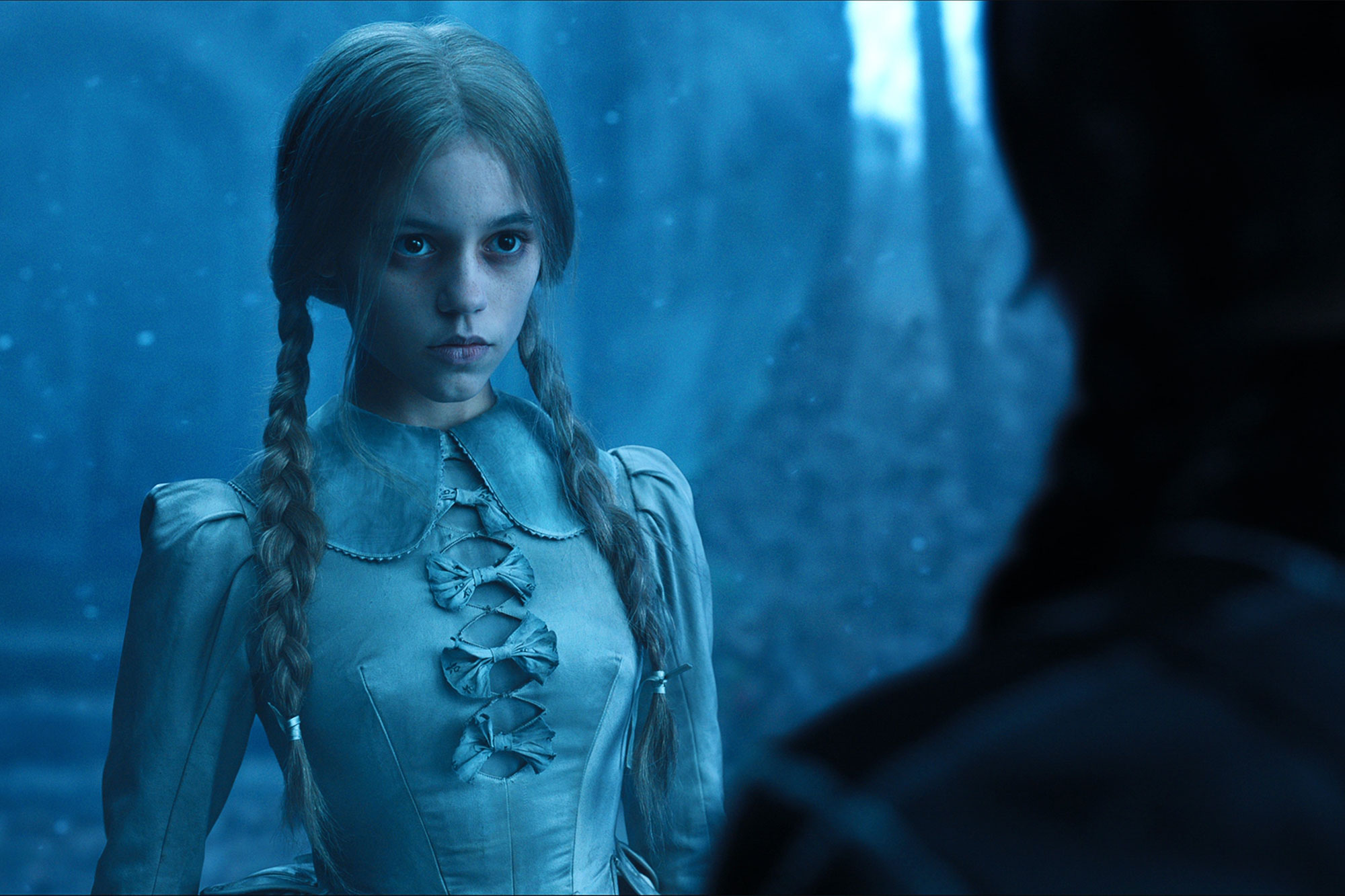 People on social media are calling the decision to hire Black actors to run such a place “tone-deaf” and “ethically wrong.” It doesn’t take a genius to see how this could be seen as insensitive and wrong.

Anti-racism expert Jon Cornejo tweeted on November 29: “It’s crazy to me that a black mayor owns a museum that honors pilgrims and colonizers on Wednesday.” He added: “I’m so sick of seeing black actors play characters that are written as white. Where the director hasn’t done anything to show how their being black would have affected their lives and roles in society. This approach is not the right one.”

Viewers have often pointed out that Tim Burton has had trouble with diversity in his projects over the years. After he made the 2016 fantasy movie “Miss Peregrine’s Home for Peculiar Children,” Burton was criticized for having a mostly white cast.

Samuel L. Jackson was the only non-white actor in the movie, and he was the bad guy. At the time, Burton said this to Bustle: “Either things need things or they don’t. When I was a kid and watching “The Brady Bunch,” I remember when they started to be more politically correct. Like, “Okay, let’s have an Asian and a Black child.” I used to be angrier when someone did that.”

Jackson himself criticized Burton for not being diverse enough, telling Bustle: “I had to think back and count how many Black characters Tim Burton has put in his movies. And it’s possible I was the first.”

Nightcrawler: Is It Going To Be Released?

Is There a Sequel Of Purple Hearts in Making? We Investigate

Criminal Minds Evolution Has a Confirmed Release Date; How…

Netflix Crashes Soon After the Release of ‘Stranger…

How Many Episodes Are in Season 8 of Game of Thrones? How…

Who Is Clara Chia Marti? Following his breakup with Shakira,…

Hello Wordle: Hello Wordl is the Toughest Alternative to…