Cataldi, who has been with the station for over three decades, will retire following the conclusion of the Eagles season.

We now know who will replace longtime 94.1 WIP host Angelo Cataldi when he departs following the conclusion of the Eagles’ season.

Cataldi, 71, broke the news on Thursday morning, one day before the Phillies’ World Series matchup with the Houston Astros. DeCamara stated, “I believe that we are going to construct a wonderful team.” I have quite high hopes.

Cataldi said, “Just do me one favor: Make the last half-hour of your shows great because I’ll be sleeping before then.”

Al Morganti, Cataldi’s other veteran cohost who has been with the station since the early 1990s, will not be a part of the new morning show but will remain in an undisclosed capacity. Morganti also serves as a Flyers commentator for NBC Sports Philadelphia, where he participates in pre- and postgame shows. 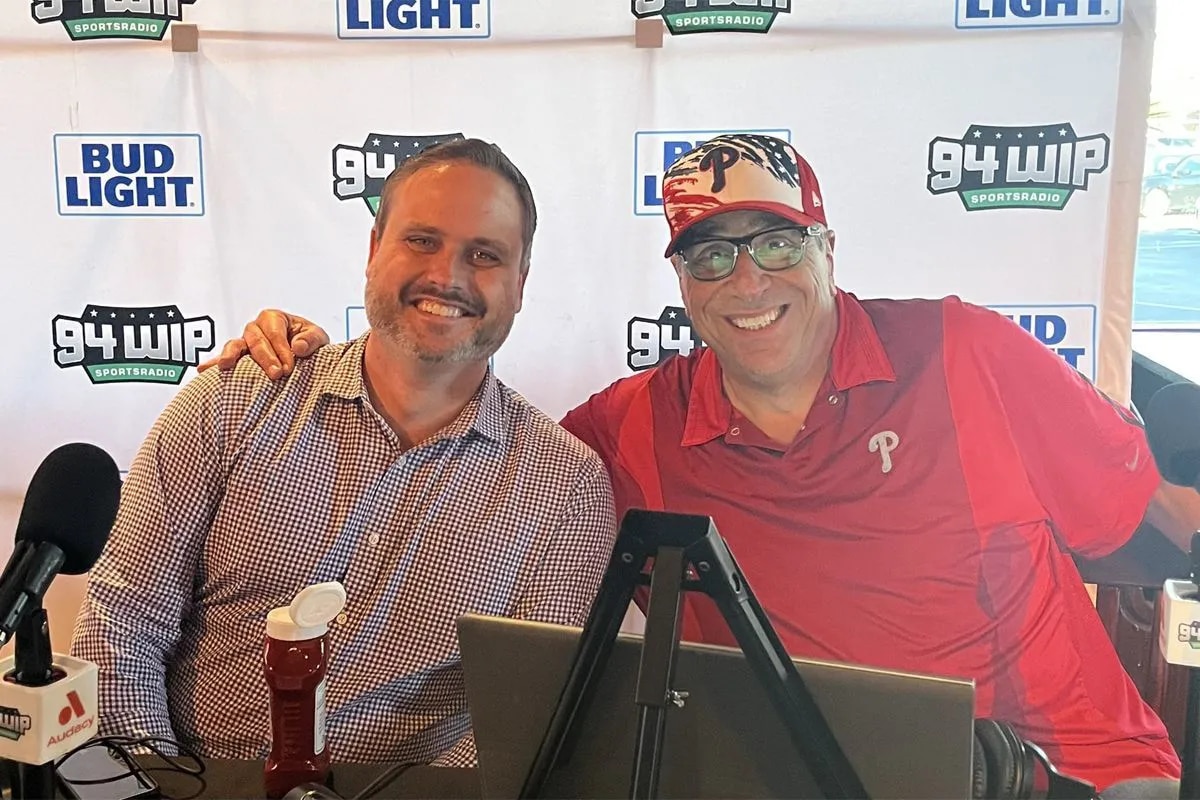 Ava Graham, the daughter of Big Daddy Graham, a former WIP overnight anchor who passed away in September 2021, is transitioning from on-air to the assistant brand manager at WIP.

DeCamara and Ritchie, who spent the last two seasons of his seven-year NFL career with the Eagles, have cohosted WIP’s midday show since October 2016, when the station shifted former Eagles linebacker Ike Reese to the afternoon shift and bid goodbye to NBC Sports Philadelphia’s Michael Barkann.

DeCamara spent eleven years at 97.5 The Fanatic and delivered nationally syndicated programming for ESPN Radio before joining WIP. In addition to serving as an analyst for ESPN, Ritchie co-hosted the Artie Lang Show on DirecTV from 2013 to 2014.

It is the first significant scheduling change made by program director Rod Lakin, who has been in charge of WIP for a little more than a year after Spike Eskin left to manage sister station WFAN in New York City.

The announcement puts an end to the widespread rumors in Philadelphia’s sports media. At one point, speculations circulated on Crossing Broad that Mike Golic, the former co-host of ESPN Radio’s syndicated morning show Mike & Mike, would join his son, Mike Golic Jr., in the new post. In June, though, both denied the offer via social media.

Mike Missanelli, the longstanding afternoon host on 97.5 The Fanatic who abruptly left the station in May, was also considered as a potential. Missanelli worked for WIP from 1992 to 2003 and again from July 2005 to March 2006, when he was sacked for hitting a producer during a live show. According to sources, the station never sought out an experienced sports commentator. 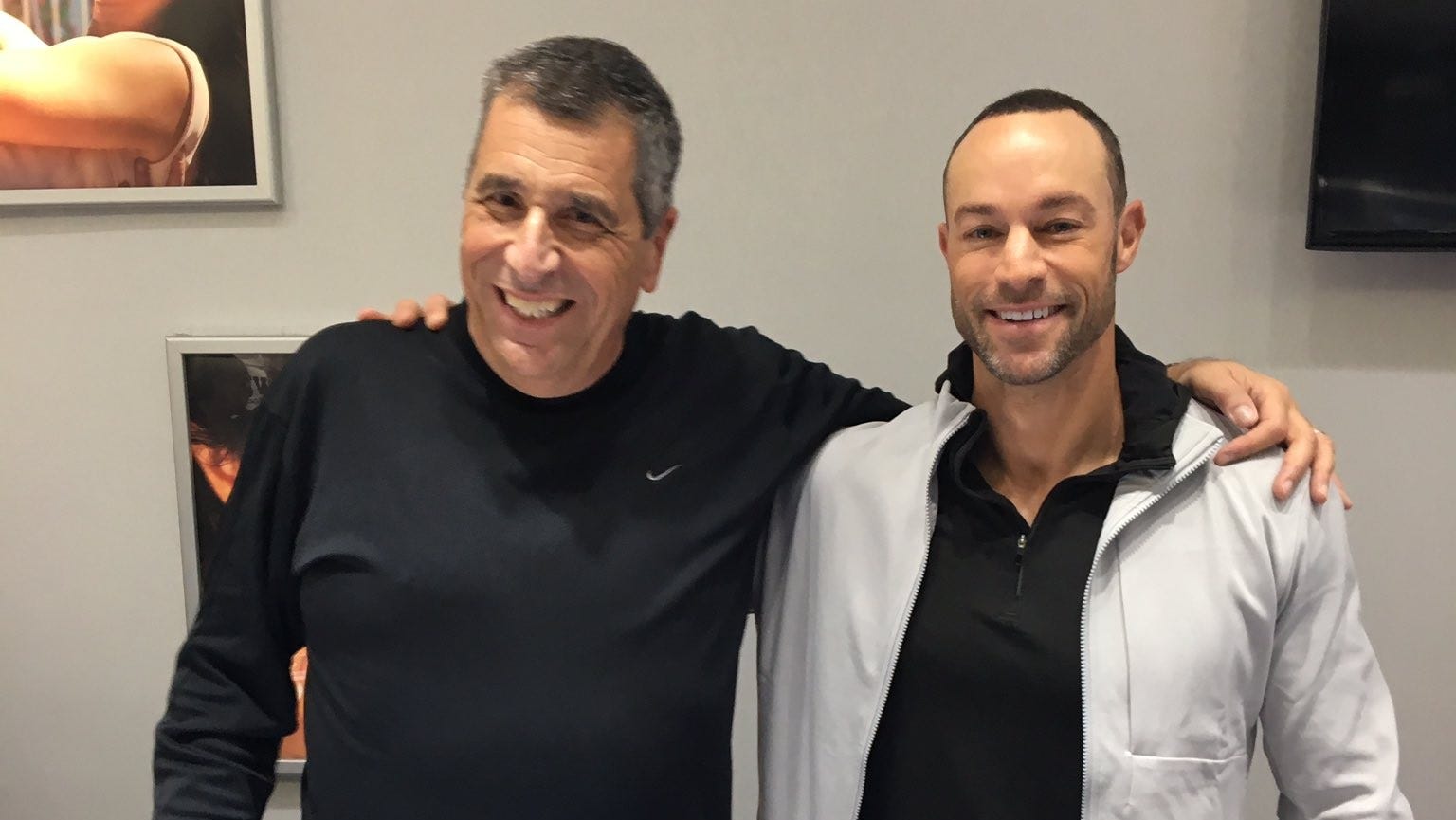 Jeff Blumenthal of the Philadelphia Business Journal stated that WIP’s parent company, Audacy, had contacted retired Eagles defensive end, Hugh Douglas, about returning to the station. Douglas, who worked for WIP in the late 2000s, cohosts the morning show on Atlanta’s 92.9 The Game.

Cataldi has been with WIP since 1989, and the show continues to be a rating powerhouse on Philadelphia radio. Cataldi has also maintained a succession of alternating cohosts throughout the years, including former Phillies GM Ruben Amaro Jr., Flyers broadcaster and former player Keith Jones, former offensive lineman Ross Tucker, and Inquirer journalist Marcus Hayes.

The move comes at a challenging moment for Audacy, which, like many media organizations, faces a weak advertising market. The company’s stock price plummeted below $1 per share in August, putting it out of compliance with New York Stock Exchange guidelines (it closed yesterday at $0.36 per share). A few weeks later, the company let off about 5% of its nearly 5,000 employees and has lost $1 billion since 2018.

Audacy will publish its revenue for the third quarter of 2022 before the market opens on November 8.

Based on Colson Whitehead’s Pulitzer Prize-Winning Novel, Aunjanue Ellis Will Star in ‘The Nickel Boys’ for MGM’s Orion Pictures.

All Quiet on the Western Front Release Date: Cast, Teaser,…

Cristiano-Ronaldo : In Both His Professional and Personal…